Buff Orpington chickens are one of the most popular breeds out there – and it’s because they’re nearly the perfect chicken!

Originating in the United Kingdom, Orpingtons are a heritage breed that’s well loved because of its calm nature, beautiful feathers, and functional purposes.

If you’re thinking of adding one to your flock, then read on – you’ll probably fall in love with these golden beauties, too!

What Are Buff Orpington Chickens Used For?

Traditionally, this type of chicken was kept as a dual purpose bird for both meat and eggs. Many people today keep them because they’re great egg producers, the roosters protect their hens very well against predators, and because they’re beautiful to look at.

The Buff Orpington is a calm and friendly chicken breed that will tolerate being cuddled, as long as they’re raised as pets. They’re ideal for families (especially if you want lots of eggs) because they’re docile around children and tolerate being cooped well, as long as they have enough space. They’re great foragers, and will gobble any treats you offer!

Not usually. Most Buff Orpington roosters enjoy human company, and with their calm personalities, they won’t attack unless provoked (and probably not even then). If you add an Orpington rooster to your flock, you can expect him to keep his hens in line, be gentle with you and the rest of your chickens, and possibly even follow you around for treats!

If you’re not sure what to feed your rooster, then you can discover what chickens eat here.

You can also learn how to stop a rooster attack here.

What Do Buff Orpingtons Eat?

The basis of raising healthy chickens is their diet. Orpington chickens should have:

If you want your chickens to forage for their diet (not recommended – read why here) or want to grow food for them to reduce feed costs, you can read about alternative feeds here and what chickens can eat from the garden here.

Many people do grow food for their chickens – corn, wheat, and millet are good options, although you will need to supplement with something like black soldier fly larvae or eggs for additional protein.

If you want to make your own feed, you can use my recipe here, or if you want to buy a commercial layer feed, here’s my recommendation.

You will also need a feeder. While a big dog bowl is one option, you can also use an automatic feeder, which will make life easier for you (especially important if you work late). You can read about the chicken feeders I recommend here.

As for waterers, an automatic waterer is always a good idea because you can be sure your flock has constant access to water. I have a tutorial to build a $12 DIY waterer here. You can also see the commercial waterers I recommend here.

While broodiness (when a hen “goes broody” to means she wants to hatch eggs) depends on the individual chicken, Buff Orpington hens are well-known for their desire to hatch eggs. Like Silkie chickens, you might notice that every spring, she wants to sit on eggs.

During this time, you might notice your otherwise calm hen turn into a dinosaur when you try touching her or the eggs – this is normal, and expected. She’s protecting her nest like a good mother!

If you don’t want your Orpington hens to go broody, then just remove the eggs 2-3 times a day from her nest.

To care for a broody hen, make sure you keep food and water dishes close by, and make sure she doesn’t get too warm in the summer. If you live in a very hot area where summers are brutal, it might be better to not allow her to hatch eggs. She’ll be sitting nearly 24 hours a day for 21 days – that’s a long time to be so hot, and she might get heat stroke.

How Much Space Do Buff Orpingtons Need?

Because of their size (they are one of the largest chicken breeds out there), Orpingtons need 10 square feet of space per chicken in their coop. So, if you have 6 chickens, your coop should be at least 60 square feet. This reduces bad behaviors like fighting and feather picking, and keeps the coop from getting smelly.

You can learn how to build a chicken coop here that’ll work well for Buff Orpingtons. Because, like all birds, Orpingtons can be eaten by predators like raccoons, be sure to use the right chicken wire to keep them safe.

Another option is an automatic chicken coop door – they make life easier and keep predators and rodents out of your coop.

Buff Orpingtons have changed little from the time they were first introduced to the public back in the 19th century. They were developed in the town of Orpington, and quickly became popular because of their beautiful appearances, tendency to produce lots of eggs, and friendly personalities. They were admitted into the American Poultry Standard of Perfection in the 19th century.

While the buff variety is the most popular, many people raise other colors of Orpingtons. The breed has white legs, and a single comb that’s red and very large.

How Big Is A Buff Orpington?

Orpington chickens can weigh up to 10 pounds, with the hens weighing around 7 pounds. The bantam varieties are much smaller, weighing around 4 pounds. Their size, however, is determined by genetics and diet – so be sure to feed your chickens a high protein diet of at least 16% layer feed.

What Color Is A Buff Orpington?

The Buff Orpington is a orange gold color, which is very striking, especially in the sun. Buffs are only one color option – Orpington chickens come in many more colors.

While the buff color is most popular and easy to find, more and more breeders are raising Lavender, Chocolate Cuckoo, and Jubilee Orpingtons because of their calm natures and striking feather combinations. Lavender Orpingtons also have a frizzle variety, which gives them the look of a Muppet (you can read more about frizzle chickens here and lavender orpingtons here). Blue Orpington chickens are relatively rare in the United States.

What Color Legs Do Buff Orpingtons Have?

Buff Orpingtons have whitish colored shanks and feet. If your Orpington doesn’t, then it’s likely a hybrid.

How Much Does A Buff Orpington Weigh?

Buff Orpingtons weigh up to 10 pounds, while the hens weigh about 7 or 8 pounds. Their weight will depend on their diet, which should include lots of protein and fresh water.

Like most chickens, Orpingtons can live 5-10 years, although some readers have reported their chickens living to 13 years. You can increase the lifespan of your chickens with a good diet and quality shelter. When they’re chicks, making sure they stay warm and have enough food and water will also help increase their chances of a long, happy life. You can read more about how long chickens live here.

Yes, with their fluffy feathers, Orpington chickens are very cold hardy, and can endure temperatures down to -10 F without supplemental heat. It’s very important to feed them well and provide fresh water if it gets cold in your area – without enough calories, they will not last the winter. You can learn how to keep their water from freezing here. To prevent frostbite, cover their combs with petroleum jelly or lanolin, and make sure they stay out of moisture.

The roosters can be loud when they crow. However, they don’t crow excessively. The hens are very quiet – you probably wouldn’t even notice they’re around!

Yes, the hens are very quiet. The roosters will crow, however, especially if there’s lot of other roosters. You’ll also notice the roosters making soft clucking sounds at the hens. This is called “tidbitting” and it’s how the rooster rounds up his hens whenever he’s found a tasty treat.

Buff Orpington egg production starts at about 6 months, although it largely depends on the individual bird and her diet. It’s important to feed your hens a 16% protein diet, and to supplement with calcium. If your chickens aren’t laying eggs, you can troubleshoot it here.

How Many Years Do Buff Orpington Chickens Lay Eggs?

Most chickens are very productive between 9 months and 3 years of age. After their third year, you will likely see a reduction in their egg production. However, not all chickens will stop laying – some will be productive until they’re 6 years old, although it’s likely they will only lay the occasional egg.

How Many Eggs Do Buff Orpingtons Lay Per Year?

You can expect about 280 per year, although this will vary depending on the diet and health of the hen. To keep them laying, provide a high protein diet and lots of fresh water and calcium.

How Big Are Buff Orpington Eggs?

Do Buff Orpingtons Lay In The Winter?

Yes, if provided with supplemental lighting. Most chickens need about 12-14 hours a day to lay eggs – the light sparks hormones production, which then prompts the hen to start laying. If you add 2-3 daylight bulbs (75 watt or LED lights are fine) to their coop, then you can increase the amount of light they’re exposed to. Be sure the lamps don’t get hot, otherwise, they can spark a fire. It’s also a perfectly fine decision to let them take the winter off from laying.

What Color Are Lavender Orpington Eggs?

How Long Do Buff Orpington Eggs Take To Hatch?

Like all chickens, Orpington chicks take approximately 21 days to hatch. You can learn more about how to hatch eggs here and the best incubators we recommend here.

Where Can I Buy Buff Orpingtons?

You can find Buff Orpington chickens for sale at your local farm store such as Tractor Supply, and also online at Meyer Hatchery, Cackle Hatchery, and Murray McMurray Hatchery. You can read our review of Cackle Hatchery here.

What To Look For When Buying A Buff Orpington

Look for chicks that appear healthy, and are free of pasty butt. They should have white legs with no feathers on them. Their beaks should be well formed, and come together neatly (no scissor beak). The eyes should be bright, and the chick should be interested in its surroundings. It’s always best to buy your chicks from a local, knowledgeable breeder, or a major hatchery.

Do you raise Buff Orpington chickens? What’s your favorite part of the breed? Leave a comment below! 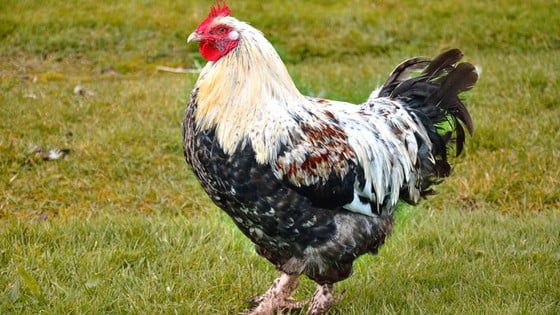 Table of Contents (Quickly Jump To Information) A very common question I get is whether a chick is a rooster or a hen and how to sex baby chickenss. In this article, I’ll show you some ways you can tell when it comes to sexing chicks!Check The VentLook at Combs & WattlesWatch Feather GrowthDown ColorExamine… 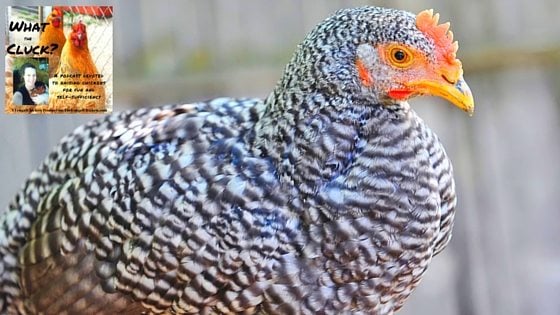 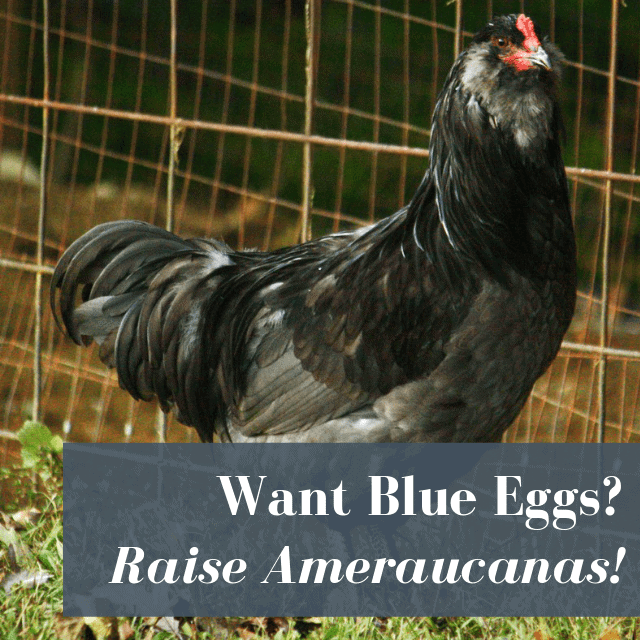 With large expressive eyes, Ameraucana chickens could just be the inspiration for the angry hen stereotype in cartoons.   But there’s more to this rare chicken than their eyes, multicolored feathers, and the lovely blue eggs they lay!   You’ll see online that lots different types of chickens are sold as Ameraucana chickens.   This… 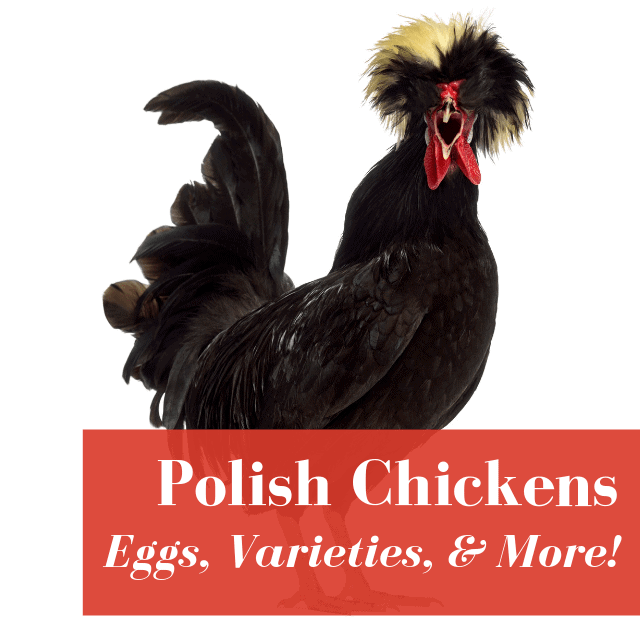 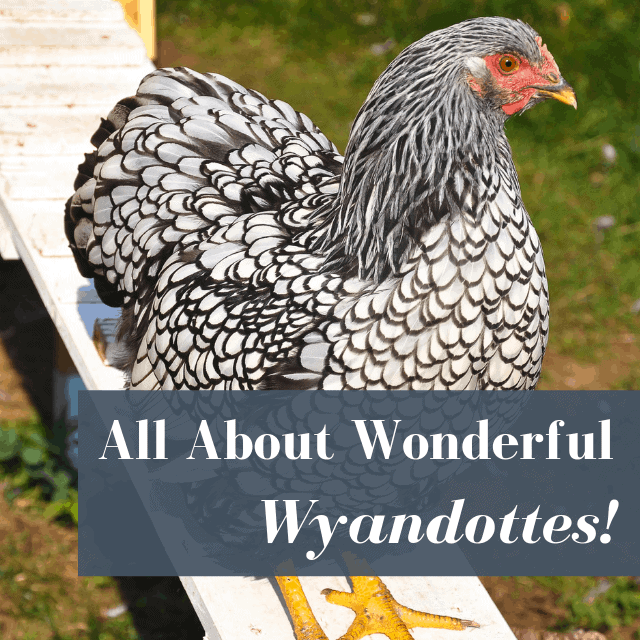 If you want a truly beautiful hen in your flock, you can’t go wrong with a Wyandotte chicken. With their intricately laced feathers and easy-going personalities, they’re the perfect addition to any backyard flock.   We have a few of these hens in our coop, and they not only are fun to look at, they…