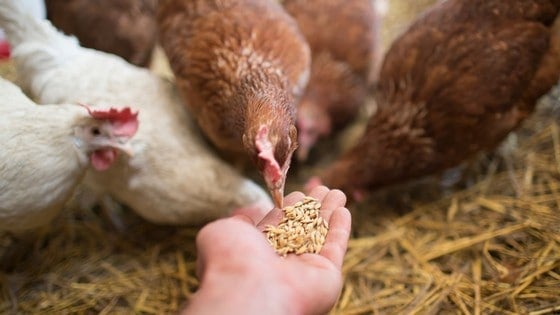 How Long Do Chickens Live? Well…Here’s The Thing.

A question I frequently get from readers is “How long do chickens live?”

So, “how long does a chicken live?” While on average chickens live about 8 years, the question of “how long do chickens live” depends on a lot of factors, including breed, quality of life, and environment.

There’s also the little fact that most chickens people raise are intended to be food – and you can bet those poor souls don’t get to live 8 years (try 8 weeks).

And then there’s Matilda (who lived until the age of 26) who blows any average lifespan out of the water. (A lot of people email me asking “where do chickens live?” – or “how long do hens live?” meaning chickens like Matilda that live for a long time. We’ll discuss her in a minute – stay tuned. She’s adorable and you don’t want to miss her)

So, speaking in real world terms, simply saying that the life expectancy of a chicken is about 8 years isn’t always a real, hard fact.

My friends, if you’ve read this website for a while, you probably know how I’ll answer the question “how long do chickens live?” with….

Let’s explore exactly why I’ve given such a frustrating answer to the simple “how long do chickens live?” question.

Chickens; Naturally Raising A Sustainable Flock is my best selling book about raising healthy hens! You’ll learn how to handle sticky first aid situations, raise baby chicks with the week-by-week checklist, how to give the best care even in the worst weather, and more! Click here to learn more. 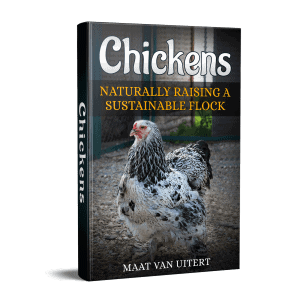 
Why Environment Plays Such A Factor

While there are, without a doubt, chickens that live 8 years or longer, most backyard chickens won’t make it to that ripe old age.

And the main reason is that there’s something in their environment that does them in long before they get to experience a life without having to lay an egg every day.

(How old are chickens when they stop laying eggs you ask? Two years of age is when they slow down, and most chickens won’t lay consistently after age 3. There’s always the egg-ception though).

Once upon a time, someone decided that most chickens die of salpingitis (which causes lash eggs).

I’m gonna go out on a (fairly long, solid) limb here and question the basis of that claim, at least for backyard chickens.

The reality is that every year, more chickens die from predator attacks, poor care, or disease than from a fairly uncommon infection like salpingitis. (So, if you’ve been hand wringing about lash eggs, you can stop.)

A quick study of Facebook groups where people ask “any idea what killed my chickens?” will prove me right.

In fact, I would put predators at the top of the “what kills chickens the most” list. Unless your chickens are locked up 24 hours a day in a VERY predator proof run, chances are, you’ll lose a flock member or two to a hawk, domestic dog, or other critter bent on a free meal.

So, a majority of chickens won’t live to age 4 simply because they’re snatched and eaten by a freeloader.

The elements are another factor about the life expectancy of a chicken. While we all do our best to care very well for our chickens, they’re still living out in the elements, and that alone puts a lot of strain on their little bodies.

Now, this isn’t to say you shouldn’t allow your chickens to play outdoors – quite the opposite.

As they said in Steel Magnolias, “I’d rather have 30 seconds of wonderful, than a lifetime of nothing.”

It’s FAR better to allow your chickens to have a happy life outdoors enjoying the world than to keep them cooped up all the time (which comes with its own set of risks) simply for the sake of seeing if they live long.

But we can’t deny that the extreme summer and winter temperatures eventually take their toll.

How does care influence how long chickens live?

Veterinarians (and common sense) have long told us that pets that receive proper care are more likely to live long and prosper than animals who are neglected.

Chickens that aren’t getting a consistent and proper diet including feed and fresh water, who aren’t given basic medical care, or who aren’t given access to a warm home out of the elements, will likely have their lives cut short far before 8 years of age.

How Long Do Chickens Live: Which breeds live long?

To some extent, the type of chickens is a factor with regards to lifespan. While sometimes I’m asked “how long do bantam chickens live?”, the fact that bantams are essentially smaller chickens means that their lifespan isn’t much different than their full-sized counterparts.

Some breeds are designed to live longer than other breeds, however. An extreme example are Cornish Crosses.

Because they’re bred to grow very quickly, Cornish Crosses generally don’t live very long. They’re generally harvested at 10 weeks of age, and even up until then, they’re on shaky ground.

Many develop heart or liver issues, and don’t grow feathers over their entire body, leaving large gaps for the cold to seep into their bodies, killing them.

Similarly, breeds of chickens developed to be frequent layers (such as Production Reds) might develop internal issues associated with laying more frequently than other breeds.

And then there’s Matilda

First, I love the fact that they named this hen Matilda. 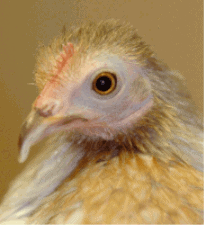 (If you don’t know, Matilda was one of the first queens of England who battled for many years against men who wanted to take her crown. She wasn’t successful, but she DID get her son on the throne. Baby steps, people.)

Matilda (who obviously never wondered “how long do chickens live?”) was the first chicken to hold the title of the World’s Oldest Living Chicken in the Guinness Book Of World Records.

Matilda was born in 1980 and was part of her family’s magic show for about 10 years. A well-cared for pet, her owners contacted the Guinness Book of World Records in 2001 to see about getting her inducted.

After her owners proved her age, Matilda was given her honorary title.

Now, 26 is a REALLY long time for any hen to live, and Matilda probably made it to that age based on luck and very good care (she apparently was an indoor bird). I wouldn’t necessarily expect any of my chickens to live that long. Although I wouldn’t be opposed to it.

So, how long do chickens live, really?

Officially, I’ll stick with the “about 6-8 years” answer, largely because there haven’t been studies to prove otherwise.

We’ve personally had chickens live that long….and then we’ve had the chickens that don’t live past the first year because of predators.

How about you? Do you still wonder “how long do chickens live?” What’s been the record on your farm?

Tips for Keeping Your Chickens Healthy:

Learn More about Types of Chickens with the Backyard Chicken Bundle!

The Backyard Chicken Bundle is a unique ebook bundle with every resource you need to start raising a flock of healthy hens! (Total value $250)

Included in the bundle are:

Click here to learn more about the Backyard Chicken Bundle! 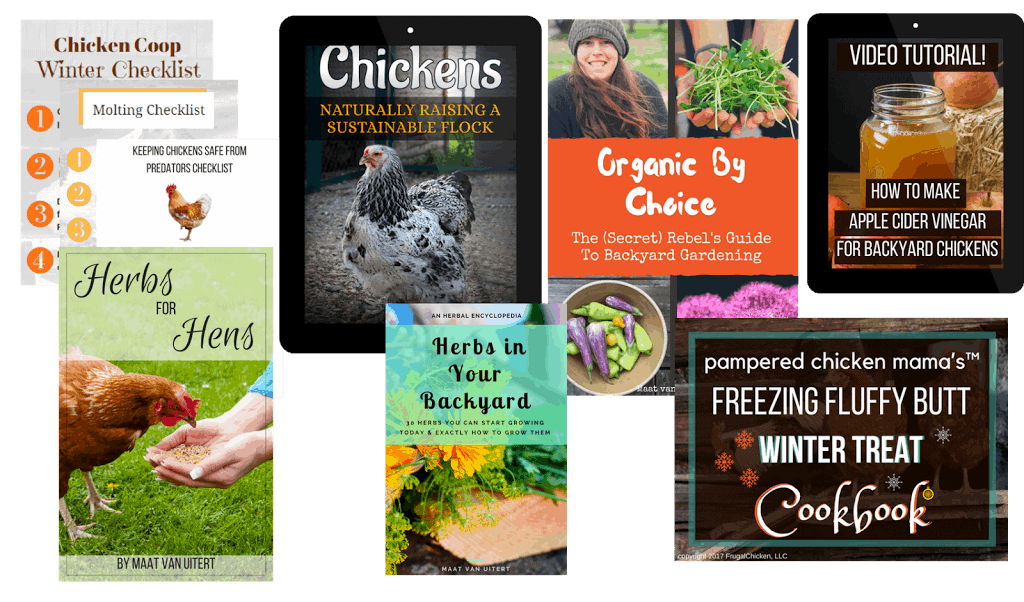 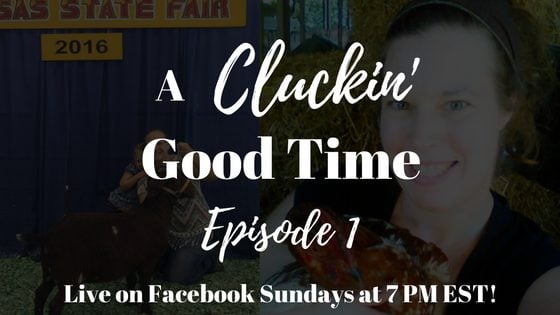 A Cluckin’ Good Time is a Facebook Live Stream Show that I’ve developed along with my friend, Mindy Young of Farm Fit Living.

We talk about homesteading, kitchen hacks, chickens, goats, livestock, and pretty much anything that we think of. Lots of audience participation!

A Cluckin’ Good Time airs Sunday nights at 7pm EST/6pm Central. You can view the show anytime – we leave it up on the FrugalChicken Facebook page for you to enjoy!

In this week’s episode, we discuss:

Where to get my top essential oils for the homestead

What was your favorite part of this episode of A Cluckin’ Good Time? Leave a comment below!