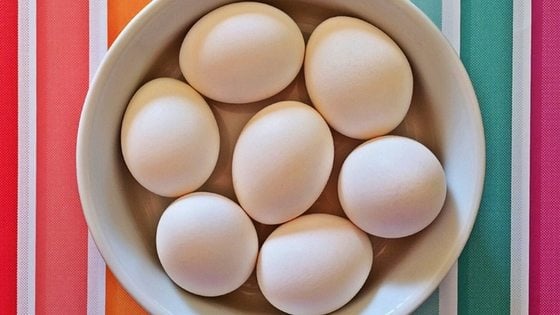 We’ve all been there – starting at the half empty carton in the fridge. The eggs are about to go bad, and you’re not sure what to do with them except throw them away.

Personally, I don’t like tossing extra eggs if I can help it, and I’ve spent a lot of time researching and testing unusual ways to repurpose them.

And I’ve discovered that there’s a LOT you can do with extra eggs!

In this article, I’m going to show you how, with a little bit of preparation, you can save extra eggs and reuse them in several ways in your home.

Use egg whites as a glaze for breads, muffins, and pastries. Adds a glossy sheen and helps keep toppings such as herbs or sesame seeds in place.

Add egg yolks to soups and sauces to thicken them. Wait until the soup is relatively cool so the yolks don’t cook & scramble – unless you’re making egg drop soup, in which case you want the eggs to cook!

Homemade mayonnaise tastes much better than the store bought stuff – and you can be sure it’s made with fresh, organic ingredients.

Mix egg yolks with a blender, and gradually drizzle olive oil a few drops at a time while blending constantly. Add vinegar to taste until mayo is white and creamy. If you want to ferment the mayo for extra nutritional benefits, this article will help you out.

If your coffee mugs are stained from tea or coffee, use eggshells to remove tem. Grind up eggshells and sprinkle them in the mug. Add warm water until a slurry is formed. Leave to soak overnight. If the stains aren’t fully removed by morning, repeat until the stains are gone.

Separate egg whites & yolks.  Freeze egg whites to use in meringues or to shine bread as needed. Mix yolks with a pinch of salt or sugar to keep them moist when you defrost them (freezing tends to dry yolks out). Note which yolks have salt or sugar so you can use them in an appropriate recipe.

You can also freeze yolks and whites together (scramble them first), and use in recipes as needed.

Separate whites from yolks (or use the frozen whites from above!) and whisk with a ¼ tsp of water. Add your favorite nuts, coating them with the egg mixture. Remove nuts and sprinkle with cinnamon and sugar.

Bake at 250 degrees F for 45 minutes (keep an eye on them so they don’t burn). Use a spatula to turn them regularly to they bake evenly. Enjoy!

Add to Smoothies & Other Drinks

Love smoothies? Want them to be even more smooth? Add egg whites! Whisk them until they’re frothy and fluffy, and use up to 2 tablespoons per 8 ounces of smoothie. You’ll have to play with it a bit to see what tastes best to you.

The egg whites will give your smoothies a silkie texture. You can also use them in alcoholic drinks.

Eggshells are an excellent source of calcium and other micronutrients. Add them to smoothies or other drinks to meet your daily calcium requirements.

To make eggshell powder, first spread the shells on a cookie sheet. Bake them at 350 degrees F for 10 minutes. Once they’ve cooled, process them until they’re completely ground.

If necessary, you can grind them with a food processor then finish with a mortar and pestle until the shells are fully powdered (sharp edges never did anyone a favor!)

Store in the fridge and use within 3 weeks. Only use about ¼ tsp per 8 ounces of drink (20 or so shells will make about ½ to 1 cup of powder).

If you can’t make it through all the powder in that time, you can add the remainder to your compost bin, your garden, or feed to your chickens. (For other animals such as dogs and cats, check with your vet first).

Use This Insanely Foolproof Hack To Keep Your Chicken’s Water From Freezing This Winter!

The last thing we want on our farm is for our hens to go without water but it’s sometimes hard to avoid when the temperatures drop – especially if those stainless steel nipples are involved. (Want to get 7 more GENIUS hacks to keep your flock’s water from freezing? Click here)

This article is an excerpt from my best selling book, Chickens! You can grab it here and use coupon code WINTER to save 10% and get the digital version FREE!)


Yes, they do freeze, and it’s not super easy to prevent them from freezing because of the metal.

We only use tubs for water in the winter – even the mason jar waterers get frozen and clogged.

But the tubs aren’t foolproof either – they still freeze unless you use a tank heater (and then you’re talking about using electricity).

Last winter, we tested a bunch of ways to keep our hen’s water from freezing and found a method from another blogger, Staci at A Chick And Her Garden, that worked better for us than anything else out there.

In fact, it’s nearly foolproof, at least for us it was!

We use large tubs of water – think 40 gallon tubs – for our livestock. I’ve learned that the larger the body of water, the less likely it is to freeze solid.

Because we’re soda drinkers, we always have empty 2 liter bottles hanging around the house….perfect for creating a buoyant object to place inside the water tubs.

First we filled the empty soda bottles with water, then added 3 cups of table salt to the bottle.

Each bottle then went into a 40 gallon tub – and we kept our fingers crossed it would keep the water from freezing.

While in very low temperatures the water will still freeze (when it’s 20 below, it’s going to happen no matter WHAT you do), we found that even when it got in the teens in our area, the fresh water didn’t freeze!

Now bear in mind, that you don’t want to add salt TO your chicken’s water – that will potentially dehydrate them and mess up their electrolyte balance.

You just want to add salt to the water in the bottle.

You want to make sure you use a plastic bottle – glass or metal will conduct cold faster. Plastic is better to use in cool temperatures.

For this experiment, we found that table salt is better than kosher or other large-crystal salt since it’s easier to create a high-salinity solution with table salt.

So why does this work?

Well, you might think it’s because salt water has a lower freezing point than fresh water, and the higher the concentration of dissolved salt, the lower its overall freezing point.

However, we’re placing the salt water inside a bottle – which is then placed in the water tub and not in direct contact with the fresh water.

So, the lower freezing point of salt water has little effect on the water around it.

So the other, more applicable, reason this method works is that the salt water bottle moves in the fresh water because of wind/air currents, mini waves caused by chickens dunking their beaks into the bucket, and natural movements in the earth around it – and moving water is less likely to freeze.

Animals also learn that any surface ice around the bottle is weaker, and therefore easier to break (this is why salt water bottles work better than say, ping pong balls which are smaller, less dense, and easier trapped.)

Ok, so why not use fresh water in the bottle?

Great question. Adding fresh water would do little to keep the water liquid in lower temperatures – the water inside the bottle would just freeze as fast as the water around it.

The lower freezing point of the salt water means it’ll stay liquid and moveable on the water surface longer.

Does the size of the bottle matter?

Kind of. If your tub is large and filled with gallons and gallons of water, a small bottle of salt water would have less of an effect.

In a smaller tub, a large bottle of water might make it hard for chickens and livestock to get to the water – so in this case, size does matter. 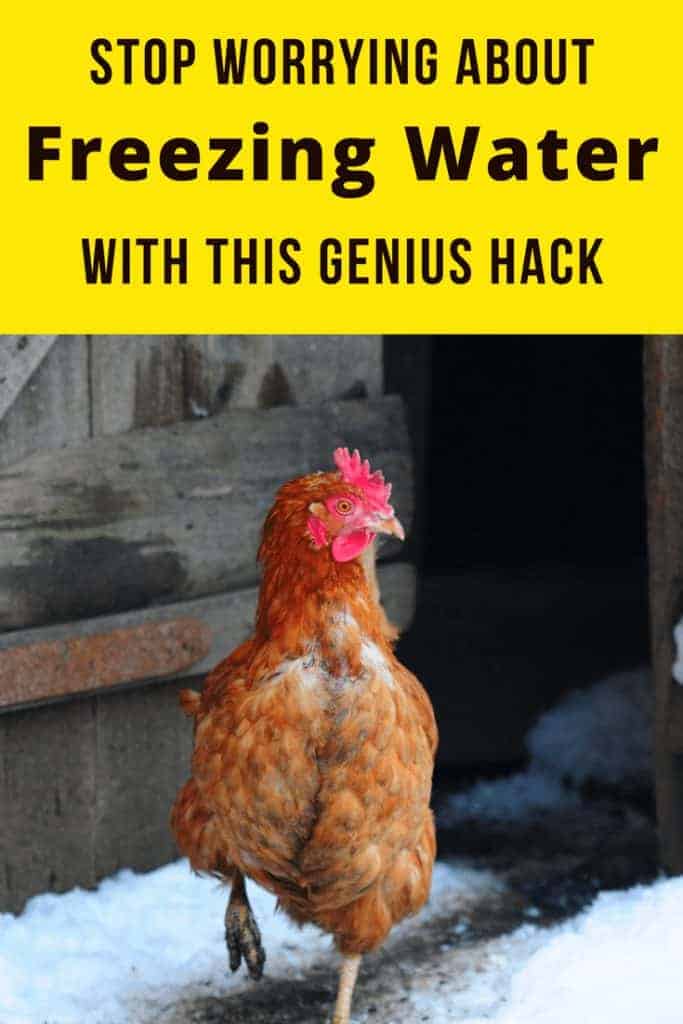