The Dominique chicken breed is a special breed that, unfortunately, not many have heard about. It’s thought to be the oldest known breed in America having arrived in the 1750s or earlier (of course, I’m sure the Natives had chickens of some kind). Dominique chickens became a regular addition to MANY American farms by the 1820s. Vintage, indeed.

Anyone who didn’t live through the Great Depression, or hear stories from those who did, might have a hard time understanding just how impressive it is that this breed fared so well through that time. And it did just that. It speaks LOUDLY about the level of their hardiness.

Who knows when a time like the Great Depression, or similar, might come around again? For that reason, getting to know more about this breed is a must. Let’s take a look at this fantastic pioneer bird.

Ummm…Isn’t That a Barred Rock Chicken, Not a Dominique Chicken?

Nope. But a lot of folks do get confused, and I can see why. There is one telltale sign that will help you distinguish the difference. Want to know what it is?

The comb. Sure there are other differences between the two breeds. But the comb is the key to such knowledge (in combination with the general look, of course). Read on to find out how the comb is different AND all you need to know about this pioneer breed!

History of the Dominique Chicken Breed

Whether this breed came from England with the Pilgrims (as they were called Pilgrim Fowl in beginning ) or from the french colony of Saint Dominique (which is now Haiti), they came to America around 1750. They are, hands down, one of the oldest known chicken breeds in the United States. That makes them a true American breed.

The Dominique chicken breed’s popularity has been a bit of a roller coaster ride – up and down, up and down. Their first decline was said to be due to their beloved breeders passing on with very few taking their places.

After that, many animals, including chickens, struggled through the Great Depression. Dominique chickens were real troopers and foraged their way right through it. That became their roadway to chicken fame (or at least noticeable).

After that, the industrial revolution played a part in the decline of the use of many breeds, including Dominiques. The commercial egg industry sought out and created breeds that were simply egg-making machines. Even though this breed is considered an excellent egg layer, it was never considered good enough for commercial production.

And now, they have drifted a little out of the known homestead breeds and are considered, by the American Livestock Conservancy, to be headed to extinction and in need of rejuvenation. (Hey, maybe you can help?)

Well, they look a lot like a Barred Rock chicken (one of the Plymouth Rock varieties of chickens), and possibly for good reason. Many chicken experts believe that the Barred Rock is the result of a Black Java chicken bred with a Dominique chicken. But don’t be fooled.

The big difference is the comb. The Dominique chicken will have a rose comb with a spike (broad, almost flat) and the Barred Rock will have an upright single comb (which is more straight up). This is the primary way to tell the difference between the breeds.

There are other differences though. Their plumage looks the same if you just glance, but they are different as well. Dominiques have what is called a cuckoo pattern. Cuckoo sounds like the sound a bird might make, but it’s a description of the color pattern.

Dominiques have offsetting and more sporadic bars, not synchronized. And their dark “bars” are not true black. Between the offsetting bars and the faded black, the result is not as clearly “barred” as the Barred Rock. Their feathers are very close to each other, which aids in their ability to stay warm in very cold weather.

The Barred Rocks have straight, very synchronized bars that are, roughly, all the same size. Regardless of the pattern of the bars, they are helpful to camouflage chickens from predators in the sky.

Their earlobes (isn’t it cute that chickens have earlobes?), wattles, and combs are all a shade of red. The fact that they sport a true rose comb means they are just that much more hardy in cold weather – their combs are less likely to get frostbite or freeze in an area with a colder climate.

Dominique males weigh about 7 pounds, while the females weigh a little less – coming in at around 5 pounds. There are also bantam Dominiques! I’m a sucker for bantams, so I highly recommend trying all of them 😉.

Chicks are cute no matter the breed, and these are precious as can be. They are an auto-sexing breed, which makes it pretty easy to tell whether they are roos or girly girls when they are just newborn chicks.

Both males and females have white spots on their heads. But since roos are from Venus and hens are from Mars – their spots show up differently. The female chicks have small spots that are concentrated in one area. The males have spots that are spread out a bit.

Good. Because I have a very interesting tidbit about America’s oldest breed. Because the feathers of this chicken are very close to each other, they had plenty of feathers to share back in their prime. Many pillows and featherbeds were stuffed with these warm feathers back in the pioneer days. This added to their value when folks needed multipurpose farm animals to survive.

This breed wasn’t a favorite back on Grandpa and Grandma’s farm just because of how hardy it is. It is a friendly breed as well. This fluffy friend has a temperament as lovely as their plumage. Sweet, docile, easy-to-please family flock members are the best descriptions for them. The roosters can get protective of their hens or show aggression when threatened, but many breeds are just the same. You have to learn how to respect them and give them space.

They, like all chickens, like to free-range. But they are get-along-gals and guys and are happy in confinement too. This makes them a pretty low-maintenance buddy.

While they aren’t White Leghorns laying 300 plus eggs a year in a commercial operation, they do hold their own. Dominiques lay about 230 plus small to medium-sized brown eggs annually. Not bad for a pioneer, vintage bird – even if their egg size isn’t jumbo (medium-sized eggs are good enough!). They are also considered to be a good choice as a dual-purpose breed.

Of course, the better nutrition they have – the better the egg production and egg nutrition will be. Be sure to feed your sweethearts a high-quality feed and provide them with plenty of healthy treats. I don’t mean to sound like a broken record (or squawking chicken), but taking care of your flock’s health really does make all the difference in the world.

Hatcheries and the like describe Dominique hens as occasionally broody. Maybe that is the case today, but when they were pioneer birds you know they had to rate high in broodiness – there weren’t exactly electric incubators loaded on the Conestoga wagons.

They are known to be very good mothers, and therefore an excellent choice if you do want to encourage a broody mama hen.

How to Keep My Dominique Chickens Healthy

The truth is that this breed is simply not known as well today as the Plymouth Rock breed or the Rhode Island Red breed. But they are a great choice for first-time chicken keepers. They are also advantageous to those worried about the stability of our world in trying times.

Dominiques are a hardy, dual-purpose, heritage breed, sweethearts that can help you stuff a pillow for a good night’s sleep if needed. So join in with the nostalgia of our early settlers, and try out America’s oldest breed as one of your backyard chickens. Go shopping for some Dominique chicks! (and tell your significant other that you are helping to save the breed) 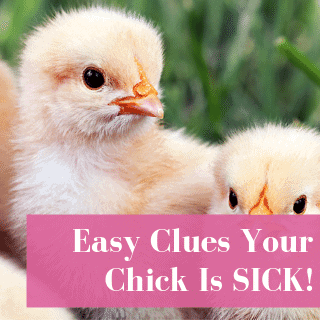 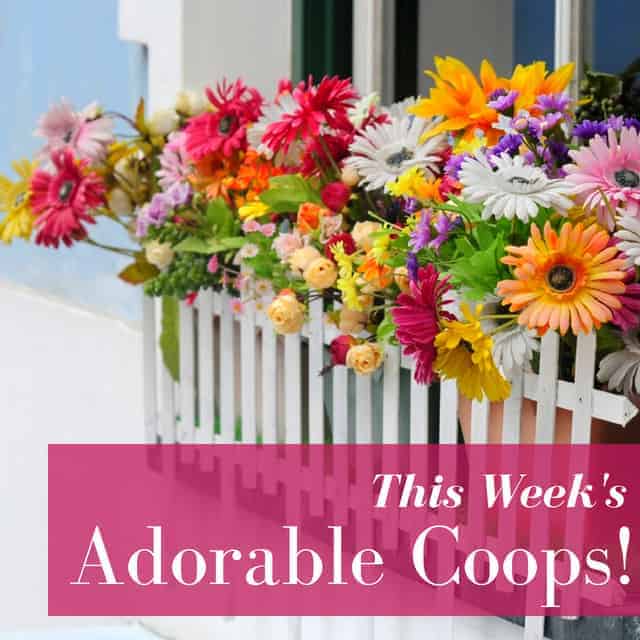 Fall is nearly here – and that means fall decorations and colors. And what’s better than celebrating the changing season by changing up our chicken coops? If you love fall (and are definitely ready for cooler weather), you’ll love some of the inspirational ideas below. Here are 5 beautiful Fall chicken coops that you and… 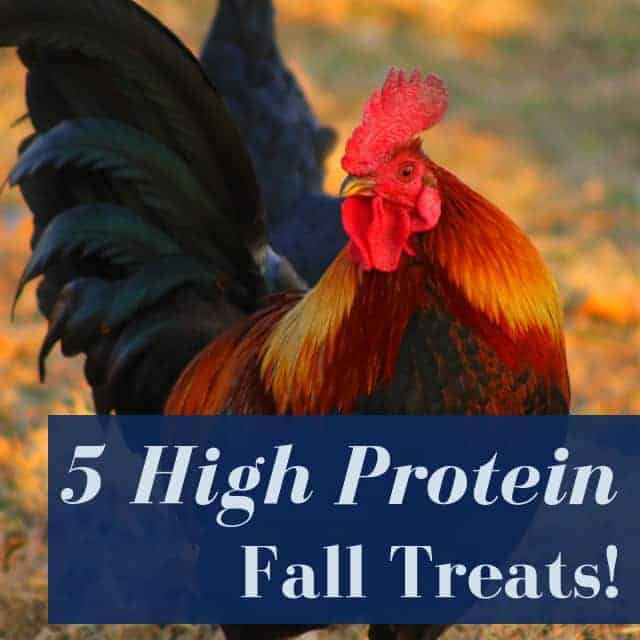 As the days get shorter, and your backyard chickens begin to molt, you might want to supplement their diet with high protein treats. And luckily, there’s lots of options! Molting is a normal process in the fall – it’s when chickens start losing their feathers to regrow new ones. By the time it’s super chilly,… 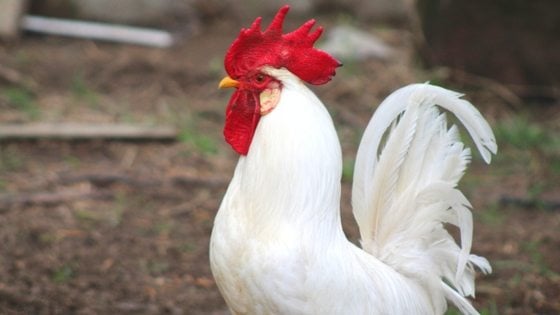 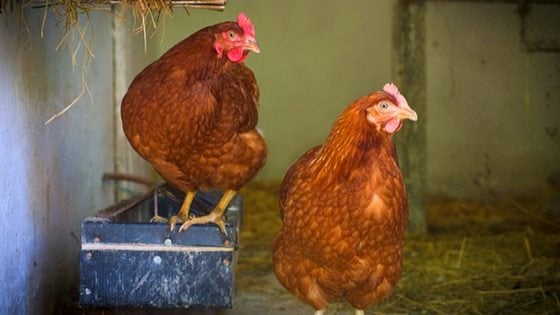 Hey y’all! Here’s this week’s sneaky peek photos of life on our farm! These images also appear on my Instagram account where I share MANY more photos and stories from the farm! If you aren’t yet following me there, you can right here. Enjoy the photos & be sure to share some of yours with me! https://www.instagram.com/p/BgZ6vLWH5o9/?taken-by=pamperedchickenmama https://www.instagram.com/p/BgXV8DoH3Hr/?taken-by=pamperedchickenmama…