How well do you know your chicken’s eggs?

Eggs can tell you a number of things about your hen’s health – for example, whether your hen is stressed or even sick.

So it’s important to know about the different parts so you have a baseline, and if you plan to HATCH eggs, knowing them gets even more important!

As chickens evolved, their eggs developed for reproductive purposes, ot eating, so each part of the egg contributes to whether the embryo will hatch or not.

Here’s the different parts of an egg and what you need to know about them! 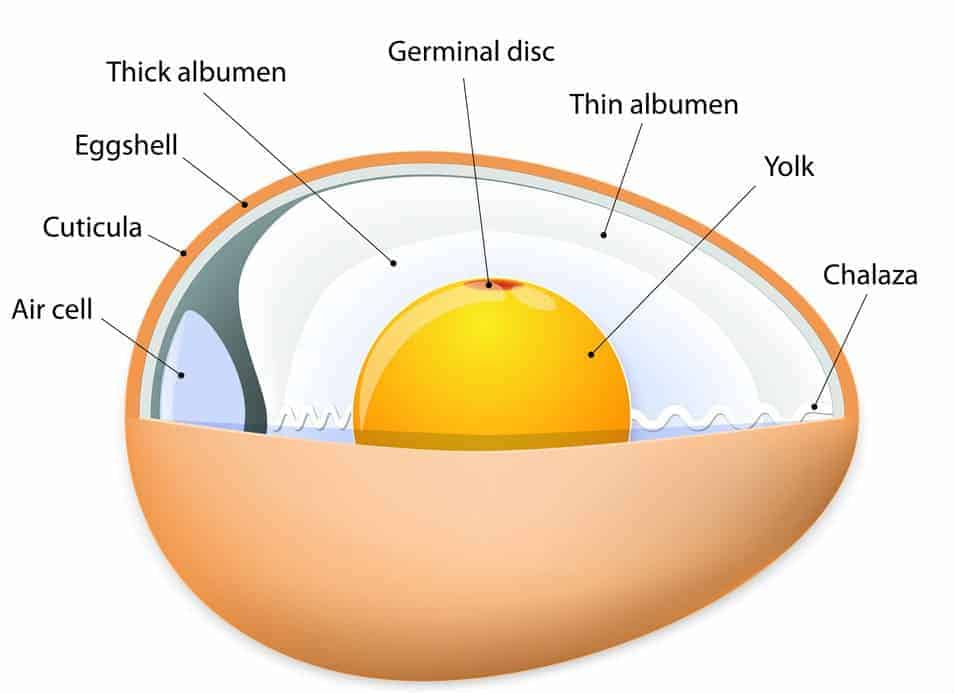 The air cell is located in the large end of the egg, and it’s what it sounds like – a place where air is stored.

When you hatch eggs, the air cell and its size becomes very important. As an egg ages, the air cell becomes larger, which is why older eggs float in water..

When we talk about “egg whites,” we’re referring to the albumen. It’s full of proteins, niacin, riboflavin, magnesium, potassium, and sodium.

A cloudy albumen means the egg is fresh. As the egg ages, the carbon dioxide escapes, leaving the albumen more transparent than their fresh counterparts.

This is the round white bullseye-looking spot you see in the yolk, and it’s where embryo begins to develop when the egg is fertilized and under hatching conditions (meaning, the egg is at the right temperature with the right humidity for hatching.)

The bloom of an egg is a natural coating that covers the eggshell and protects the interior of the egg from bacteria. It also reduces moisture loss from the egg, which is important for the hatching process.

If you plan to hatch your eggs, you definitely don’t want to wash them, because it will eliminate the bloom.

In nature, it’s an important part of the hatching process because stabilizes the yolk (which feeds the chick embryo as it grows) in the egg.

The inner and outer membranes provide more protection for the eggs contents. The air sac is located between these two membranes on the large side of an egg.

The shell protects the albumen and yolk, and eventually the growing embryo. It’s mostly made up of calcium carbonate, which is why feeding your chickens a calcium supplement is so important. The shell is also made up of thousands of pores to allow gas exchange.

This membrane protects the yolk and keeps it from breaking. It weakens as the egg gets older, which is why yolks of fresh eggs stand up tall, while yolks in older eggs appear flatter.

The yolk is a protein and vitamin rich portion of the egg, and where the embryo begins developing in a fertilized egg. It’s also where 100% of the fat in eggs is contained.

Just before chicks are born, they absorb the yolk, which nourishes them for up to 3 days. 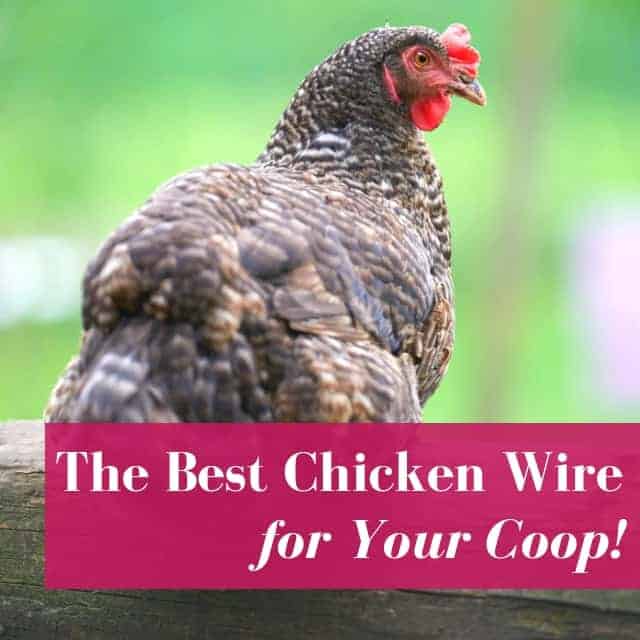 Anyone who handles pet chickens knows how important chicken wire (also known as poultry wire), mesh, and netting are to keeping your flock well managed and cared for. While we love our hens and think of them as part of the family, the truth is the rest of the animal kingdom views our fluffy butts… 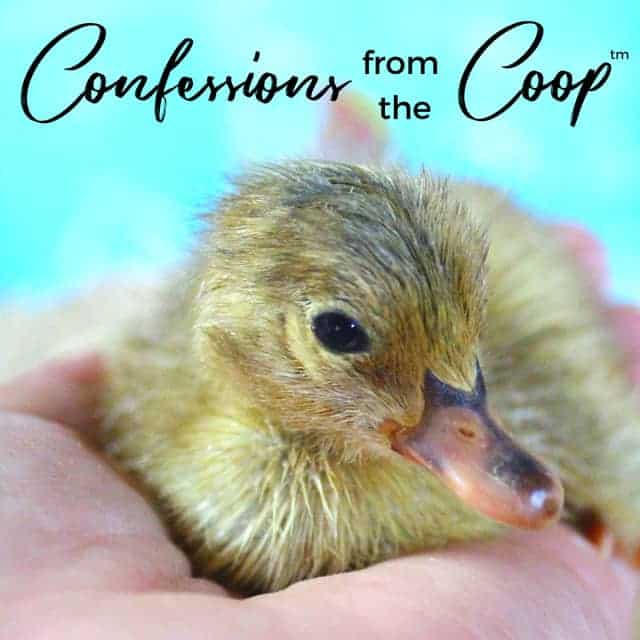 Duckling Update! This weekend, the ducklings took their first official swim (that was outside of their water bowl, at least). They took to it like….well….a duck in water, LOL! They had a ball, and also loved the shrimp I offered them. (That was a first for them, too!) It’s amazing that even though they’d never… 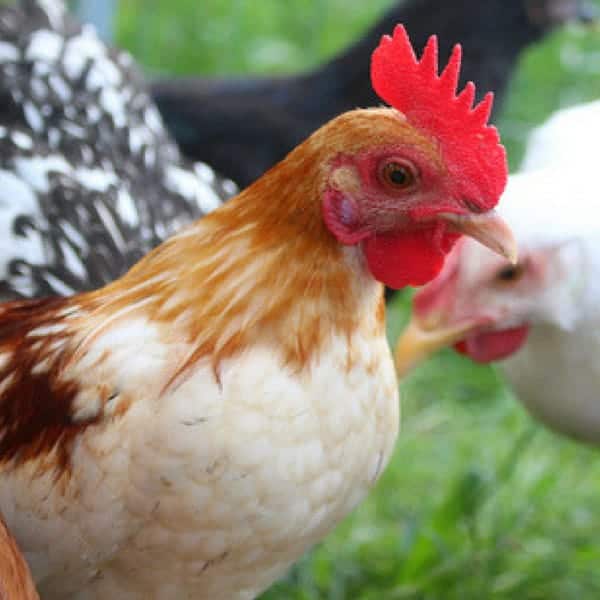 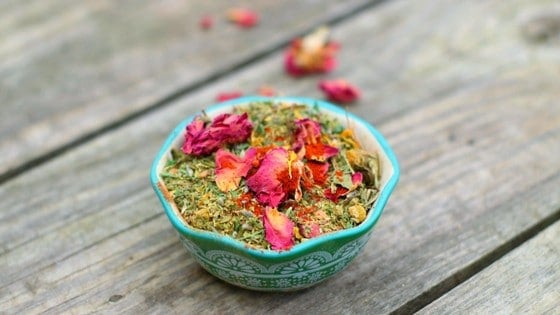 It’s Treat Tuesday! And this week’s treat is all about deworming chickens naturally with herbs! Now, I’m the first to say that there haven’t been too many studies about herbal dewormers themselves, particularly for chickens, ducks, geese, and the like. Back in the day, people HAD to rely on herbs and natural resources to keep… 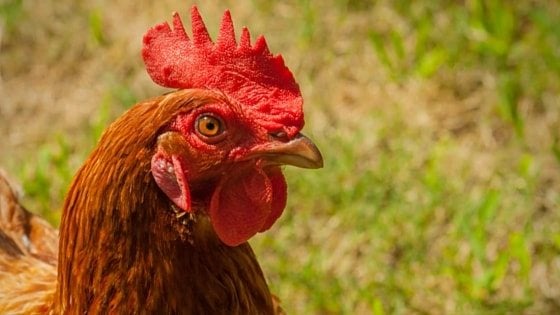 The second we got our farm, natural chicken keeping became a priority. The egg itself is said to be the perfect source of protein, and chickens are so easy to keep that they make sense for any farm. Natural chicken keeping also has the added benefit of saving you money, as long as you do…