What comes to mind when you hear these attributes: beards, 5 toes on each foot, and muffs? Did Faverolles chickens come to mind? Probably not.

Finding a breed of chicken with such oddities could certainly make your home flock the talk of the town. If this is what you’re after, then a Faverolles Chicken is for you!

What are Faverolles Chickens?

Faverolles are a French chicken breed. They take their name from the French village that they were first bred in, Faverolles, which is about 50 miles northeast of Paris.

There are no records of the creation of this breed, so we have no idea WHO actually founded this breed. But we do know that Faverolles are a genetic mixture of Houdon, Brahma, Crêve-Cour, Dorking, and Cochin chickens.

Like most breeds with a long heritage, Faverolles were first bred for the dual purpose of eggs and meat.

They came to the USA in the first few years of the 20th Century and settled in Glens Falls, NY, not far from the state capital of Albany. Since then, this docile breed has served Americans in three distinct ways: as food, for their eggs, and as a show breed.

What are the Distinguishing Features of a Faverolles Chicken?

Physically, Faverolles are quite unique. The first major difference is their toes. Most chickens have 4 toes, but, like Silkies, Faverolles have five toes.

Faverolles possess a beard under their beaks as well as ear tufts that frame their faces in a lovely poof. It adds a noticeable layer of fluff to their appearance and makes them look particularly inviting to children. And like other breeds, such as Black Copper Marans, they have feathers on their legs.

What is the Color of a Faverolles Chicken?

The most common color varieties of Faverolles are White and Salmon, as these are the official colors registered by the American Poultry Association. There are a number of other color varieties including Mahogany, Black, Buff, Blue, Blue Salmon, Cuckoo, Ermine, Laced Blue, and Splash.

The most notable of all Faverolles are Salmon Faverolles. Salmon hens have white to light caramel breasts and underbellies, but sport a splash of rich color on the hackle, back, and wing. The colors of their backs are a light pink salmon through a darker bronze. White Faverolles also have this color breakdown, though their back coloring is far lighter, from white to a cream.

Males are quite different and boast a wider splash of colors. The average rooster has a thick black beard, breast and undercarriage. Splashes of straw or dark straw stretch across his upper wings, and spot his hackles, back, and saddle. White compliments his colors: around his neck, spotted along his back, and the triangular tips of his wings.

Their faces, comb, and what little wattle that they have are red. In addition to being covered by their beards, the wattle is almost non-existent, so don’t worry if you never actually see it.

Faverolles have bay-colored eyes. Their single comb is medium in size with five points. Their skin and legs are white.

Faverolles feathers are soft, fluffy, and downy. Their beards and muffs are particularly soft, and snuggling up against them could easily distract you from other necessary activities.

With such lovely soft, fluffy feathers, you might find yourself spending extra time keeping them clean, so be warned! But really, Faverolles are such a delight to be around that this is no real chore.

How Large Do Faverolles Chickens Get?

Faverolles were first bred for their meat, so a large breast and dense mass are a must for these birds. They do not stand as tall as some chicken breeds, nor are they ground huggers. Male Faverolles can stand in a proud manner, giving them a rather regal look especially with their thick beards. The American Poultry Association Standard suggests the following weights: roosters are about 8 lbs, and hens are about 6 lbs.

There are also Bantam varieties. Bantam roosters weigh about 3 pounds and hens weigh between 2 and 2.5 pounds.

In a word – cuddly. In a few more words, Faverolles are friendly, cheerful, full of life, and loveable. These are the types of chickens that will welcome visitors with curiosity and will beg for a seat at the table, preferably in a lap. This also makes them excellent backyard birds for kids.

Faverolles were originally bred for their meat and large egg production, but their endlessly affable personalities have really surmounted these uses. Faverolles are excellent show chickens that love attention and are gluttons for the spotlight.

They are excellent in confinement and do just as well on smaller farms as they do free-ranging in your yard.

The quiet, docile nature of the females can also be apparent in the males. Faverolles roosters are calm, peaceful, and exhibit non-aggressive behavior.

There is an occasional tendency for Faverolles hens to go broody. In a strange contradiction of how they do everything else in life, they don’t obsess over it. If you do get the occasional hen that has gone broody, breaking her of that shouldn’t be too difficult.

Faverolles hens are fully mature and are generally ready to lay about 6 months into life. They are excellent layers and should have no problems laying eggs all throughout the year, including colder winter months.

How Many Eggs Does a Faverolles Hen Lay?

If you’re looking for a good egg-laying breed, these girls are not too shabby. Faverolles hens lay in the 180 to 200 egg per year range.

This is an excellent question. When they were first bred, their even and accommodating temperament lent them to take the number one sales slot from their country cousins, the Houdon. In their travels, however, they lost this distinction.

The British were the first to breed them into the show chickens that they have become. Upon their arrival in the USA, their primary duty has been the show ring. Today, they are mostly used for the novelty of their loveable personalities.

While it certainly is possible to find them for sale, Faverolles are considered rare. They are nowhere near as easy to find as, say, the Rhode Island Red.

Are there any Specific Health Problems with Faverolles?

A lovely beard might look amazing, but there are some drawbacks to having one. When it comes to your Faverolles, this is an increased susceptibility to lice. Try using something like these nesting herbs, as thier beards, tufts, and leg feathers are quite susceptible to lice.

Those fluffy feathered legs are also at risk of another big problem: mites. These can become a very big problem, so like with the lice, regular checks are a must. You can also be proactive with MitesBGone and you won’t regret it.

Another health problem that Faverolles are susceptible to is vastly different from the other health hazards mentioned here. Because they are so easy-going and carefree, they occasionally become the proverbial punching bags of other chicken breeds in your flock.

If your Faverolles do become the targets of in-pen bullying, you might want to think about separating them from the bullies.

In good living conditions with good care, your average Faverolles can live a good five to seven years.

Is the Faverolles the right chicken for you? These birds can fulfill just about any need you might have, whether it is for food, eggs, exhibition, or even just chilling around the house. They have such big personalities that you won’t regret bringing them into your family. 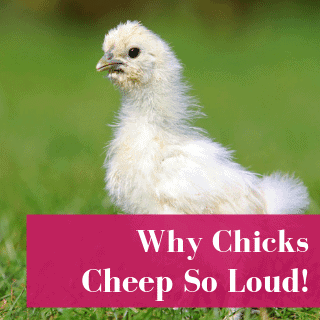 When you have day-old chicks up until they’re 16 weeks, you might notice that your baby chicks make loud noises. In case you didn’t already know, we call that “cheeping.” During this very important time of your chicks’ lives, if they are cheeping very loudly, you’re might not be sure exactly what the problem is… 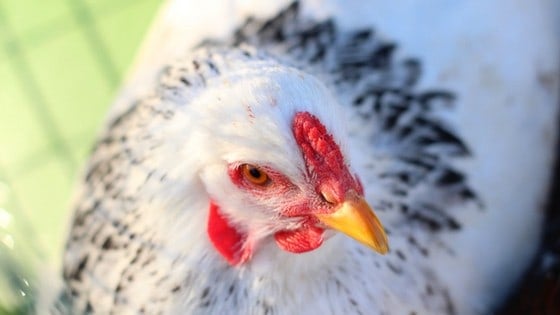 Hey y’all! Here’s this week’s sneaky peek photos of life at Pampered Chicken Mama HQ! These images also appear on my Instagram account where I share MANY more photos and stories from the farm! If you aren’t yet following me there, you can right here. Enjoy the photos & be sure to share some of… 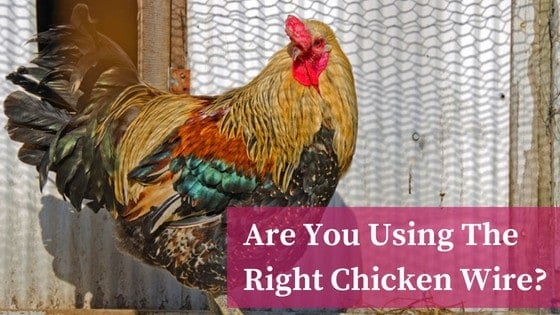 Deciding what chicken wire you’ll put on your coop is a pretty important part of backyard chicken ownership. While we see our fluffy butts as cute feathered pets, the sad truth is the rest of the animal kingdom sees your chickens as dinner. So, we have to take steps to protect our hens, and that… 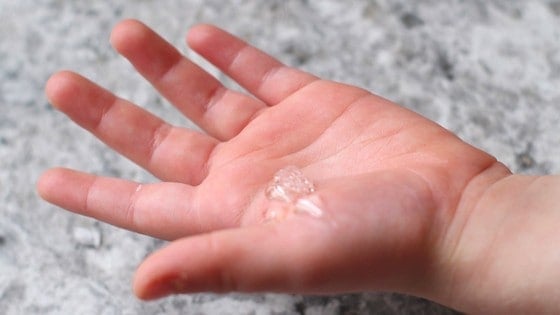 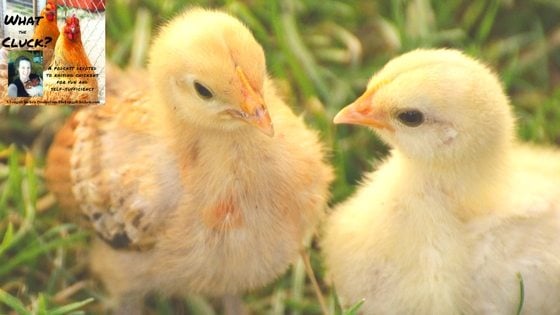 Baby chicks require special care – that’s pretty much a fact. And they’re fragile! Luckily, in this episode, we delve into the care they need week by week, as we explore the first 6 weeks of your new flock members’ lives. (Want to learn about weeks 7-16? Click here for the next episode!) You’ll learn:…