Should you let your baby chicks play on dirt?

There’s lots of advice out there, and it’s a little controversial, so it tends to be a question that a lot of beginners have. I’m not really sure why, but people get very up in arms in my Facebook group about whether or not baby chicks should be allowed to go outside on dirt.

There are people who just adamantly believe that baby chicks should not go outside until they’re grown.

I don’t personally agree with that opinion. I think it’s perfectly fine, natural, and necessary to let your chicks go out on dirt.

Letting chicks out on dirt encourages natural behavior. Chickens naturally want to forage and scratch, and letting them out on dirt lets them do that.

In dirt, they’ll find bugs, seeds, leaves to eat, and grasses. It lets them indulge in their natural behavior and discover food – and they might even get nutrients that they need.

Maybe they’re missing a nutrient. For example, we have a layer who – hand to God – no matter what we do, lays very brittle eggshells.

We give her all the supplements we can, and it’s the only chicken we’ve ever had that has this issue. I’ve just concluded that this hen has some digestive issue and she just can’t absorb calcium efficiently.

These things can happen, and letting your chickens forage might help them fill those gaps that we otherwise might not know about.

The other thing that you’ll see chicks do outside is taking dirt baths. This is a natural behavior and very necessary – whether they have down OR feathers.

It’s also a social behavior. Chickens bond in groups, and when they’re taking dirt paths, they figure out their pecking order.

They’re also throwing dirt on themselves, which helps eliminate external parasites like mites, lice, and even other pests, like ants.

Preventing your baby chicks from taking dirt baths is actually harming them both physically and mentally, in my opinion.

In order for that medication to work, your chicks need to be on dirt because they need to be exposed to the parasites.

Not exposing them to the parasite doesn’t help them build up the resistance. Then when they go outside as adults, it could backfire.

So that’s why I personally put mine out on dirt: they can forge and indulge in a natural behavior. They can help keep themselves clean. They can look for food. They can have fun.

To let your chicks out on dirt safely, make sure the temperature outside is over 75 degrees F (23.89 C). Just remember it’s going to be too hot to put them on straight dirt. Typically, what I do is put them on grass. There, they can peck at the grass, scratch for bugs, and do all the things that we described above.

Make sure they’re in an enclosed area where other chickens and predators can’t get to them. It’s really important to make sure they can’t get out of the enclosure. We talked in this video about dog crates and doggie playpens.

They’re great and easy to use, but you need to make sure that the gaps between the bars aren’t wide enough that your chicks can get through. From when they’re day-olds until they are probably about four weeks, it’s important to put them in something that has hardware cloth on it so that they can’t get out.

Something else you’ll want to do is give your chicks shade. Even though as day-olds, they need a higher temperature, the sun gets hot and you just don’t want your chicks to get too hot, too.

It’s hard to really monitor that consistently. You can put a thermometer in their brooder area, which works inside. But outside it’s hard to factor in things like warmth refraction, so I always give them shade and I always keep a good eye on them just to make sure.

You’ll also want to put them out with food and water. You can’t guarantee that they’re going to find edible food in the brooder area.

So, should you let your chicks play on dirt? Why not – just make sure you do it safely! 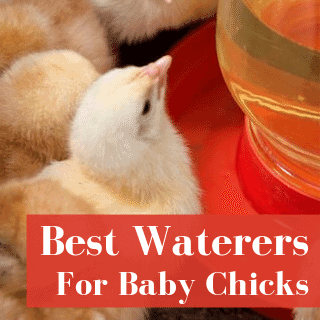 From the day your chicks hatch, they will need a good chicken waterer to help them have 24 hour access to water.  You don’t want them getting dehydrated! There’s lots of options, which are all equally good. Whichever you decide, you’ve got to pay attention to the amount of water and the size of the… 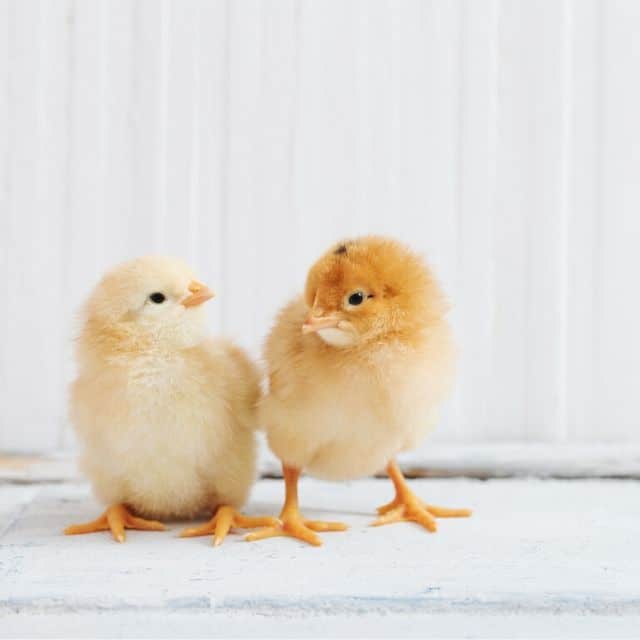 Heard of chicken brooders, but not sure what the fuss is about? Getting chicks, and not sure which brooders are best? In this article, we’ll give you all the details so you can pick the perfect home for your newest pets! Chicks! Little balls of down that are so adorable you just want to eat… 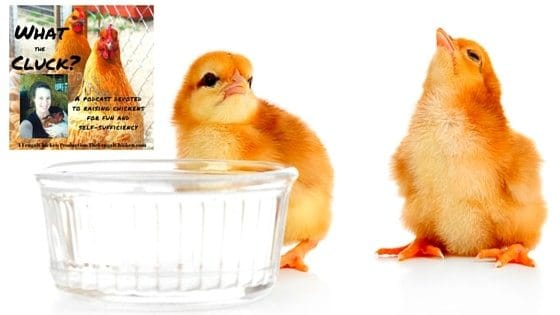 Can you feed chickens eggs? Well you’re about to find out in today’s podcast. Today is the day that I take your questions, and boy I got some interesting ones this week. If you want to submit a question, just email me at editor@thefrugalchicken.com, and I might answer it on a future episode! This week,… 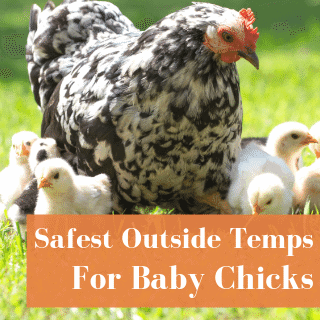 Main Takeaways: It should be at least 70-75 degrees and SUNNY before you let chicks outside You can start letting them outside in very safe areas as soon as 48 hours after hatching Never, ever let them outside if there’s a chance of rain, you will leave, if there’s dogs, or if the temperature will… 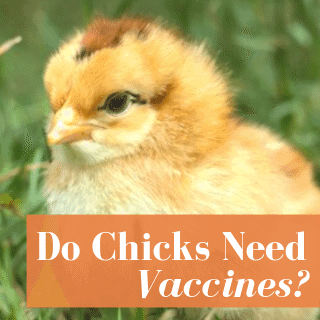 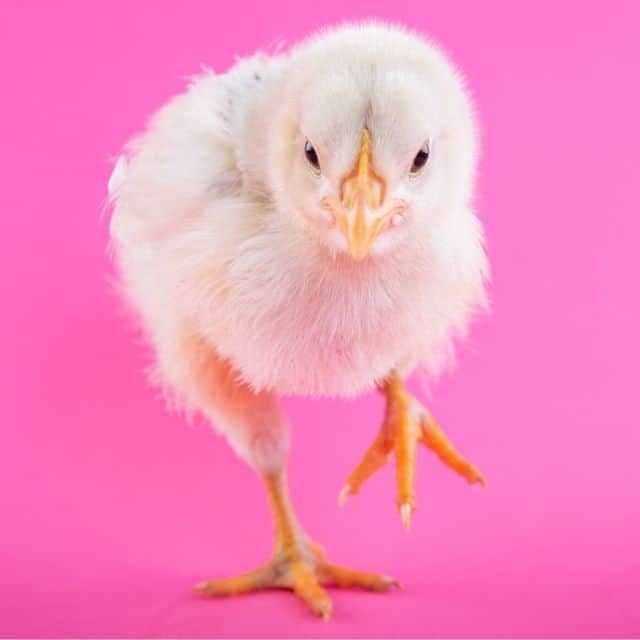 If you just got chicks for the first time, you probably have a million questions. Last year, I did a free YouTube series that answered the most common questions I get about raising baby chicks. Below, I’ve compiled all those videos into a single easy-to-use resource! This page is easy to use. Just use the…