Male chickens are so easy to ignore. It is so easy for society to wash their hands of them. Roosters are important, but for some people, they’re far less important than the females of the species. But why is this? Why are roosters or cockerels be abandoned with a shrug and maybe a wave?

The simple answer is that roosters cannot lay eggs, and unless they are being raised as broilers, they are not ideal for meat, either. When hatcheries set out to produce the next generation of chickens, they often endure an awkward period of equal love for all freshly hatched chicks. The love of all chicks is palpable, as any chicken owner might tell you, but there does come with this a certain degree of anticipation – of anxiety, as long as the chickens are not sex-linked.

At some point, this batch of fresh-faced little peepers will be sexed. When this happens, the fates of the birds will reveal their cards.

This is a tragic truth of roosters. But if you read my last article about roosters, you’ll discover that they’re wonderful additions to any flock. Today, rather than consider the darkness of their lives, let’s look at what roosters are, and why we should value each and every one.

Are They Roosters Or Cockerels?

It’s good to start with a definition. What are male chickens called? In some circles, they are called “roosters”. In others, they have the name “cockerel.” So, which one is correct? Well, technically, both. A cockerel is a young, immature rooster. A “rooster” is a sexually mature male chicken. Easy!

Why Keep A Rooster At All?

Roosters serve three significant purposes in your flock of chickens. The most obvious one is reproduction. Hens will lay eggs regardless of the presence of a cockerel. But to fertilize them, a rooster must be present. Farms with hens whose only purpose is to produce eggs might not even need a single rooster around.

The second purpose of the rooster is that of defense. A single male will stand guard and protect the flock. They are constantly on guard against perceived threats to his hens and chicks. Though they might not look like great fighters, a rooster can hold his own against a number of common threats – attacking with sharp beak, blows from his wings, and scratching with talons and spurs.

Roosters are also good at finding food for the flock. Most people who keep chickens understand the value of a well-planned diet, but traditionally, finding especially tasty vittles fell to the rooster. Once he found something yummy, he would share it with the rest of the crew.

A fourth reason supersedes the more traditional reasons for chickens in a family – as food, breeding, or eggs – and is far more in line with a modern reason for chickens: vanity. A good rooster just looks good! Many chicken breeds are quite docile, and that coupled with a cheery attitude and generations of good genes, and these males are practically built for showing. This purpose has little to do with the rest of the flock, and everything to do with the individual owner’s motivation for having these birds in their lives.

They Crow A LOT

This is perhaps one of the most enduring images of a barnyard. You have a rooster on a fencepost, just quietly awaiting the first rays of dawn. The faintest grey coloring slips over the horizon, and the rooster is there, ready, willing and able to greet the sun. Their distinctive call blasts out over the farm. Their crow is the original alarm clock, as it heralds the start of the day. When considering the legacy of a rooster, it is almost impossible to divorce oneself from this cry. It is both an endearing feature of the animal and a damning one. I mean, does anyone really enjoy waking up in the morning?

We all know that person. They have a smirk that can kill, and love telling tales of their exceptional lives. These are the ones that have never gone bowling and with their first throw, hit a strike. They have a saunter, a swagger, a sashay; all of these almost demand that attention gravitates towards them, because, after all, they should have their own gravity fields. To themselves, they are stars! Sure, sometimes these attitudes are very much not deserved, but other times, they sure are. These people are cocky.

As you might have guessed, the adjective “cocky” comes from “cockerel.” Originally, back in Shakespeare’s time, this was a longer “cocksure” – sure of themselves just like a rooster! It’s a good term, one that makes an excellent metaphor for someone. A rooster tends to stand tall and proud, his tail feathers up, his head even higher, perpetually on guard against any threat to the safety and stability of his flock. A truly cocky person takes on the same mannerisms. But rather than protect a flock, a cocky human stands taller and prouder than everyone around them. LOL!

Very often, a group of roosters can live together in peace and harmony. There are exceptions, and when a number of roos enter a barnyard, they might become extremely aggressive with one another. These bouts of aggression help the males to figure out dominance. Like with any social grouping, leaders need to be established. This is called establishing a pecking order.

However, when roosters are raised together, they probably won’t fight, because they will have sorted out the pecking order long before they’re mature. The usual rule is keeping 1 rooster per 10 hens, but if you have a docile roo, you can usually keep him with another rooster. Just keep an eye on your hens to make sure they’re not getting hurt.

Roosters are amazing animals. A good one can add so much joy to our lives, and can be trusted to look after the hens in our (short-term) absences. I can’t even begin to describe the value that my own roosters have brought me and my family over the years. 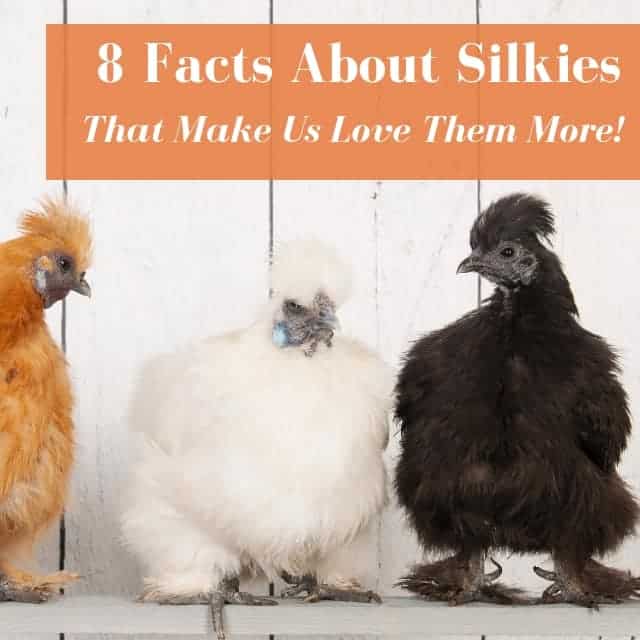 Known as one of the most popular chicken breeds, Silkie chicken’s odd features – specific to their breed – are what makes them such great pets.    Before you add these lovely fluffy butts to your flock, there might be some questions you have. In this article, I share 8 Silkie chicken facts that’ll help… 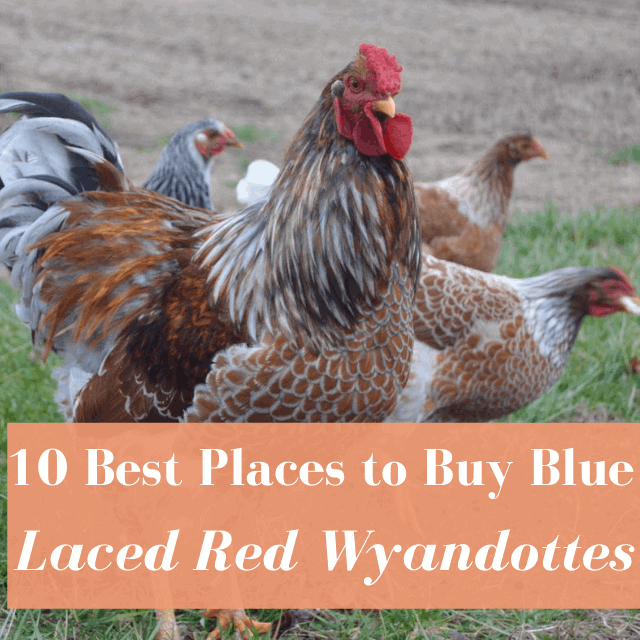 The best treasures are often the hardest to find – but if you’re looking for the best hatcheries to buy Blue Laced Red Wyandottes, you’ve come to the right place. Imagine the state of the world if everyone had a goblet that provided them with eternal life. In a way, it might cheapen the experience…. 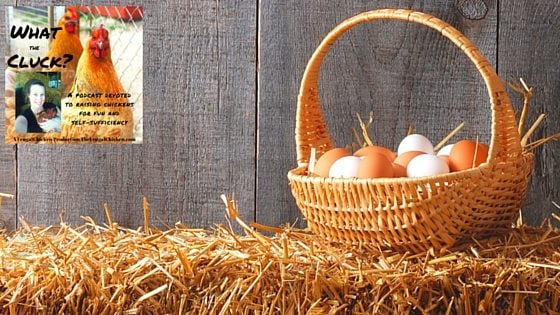 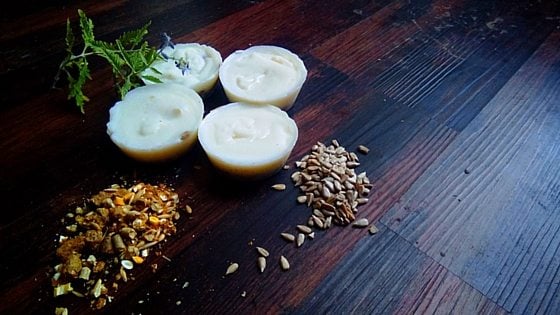 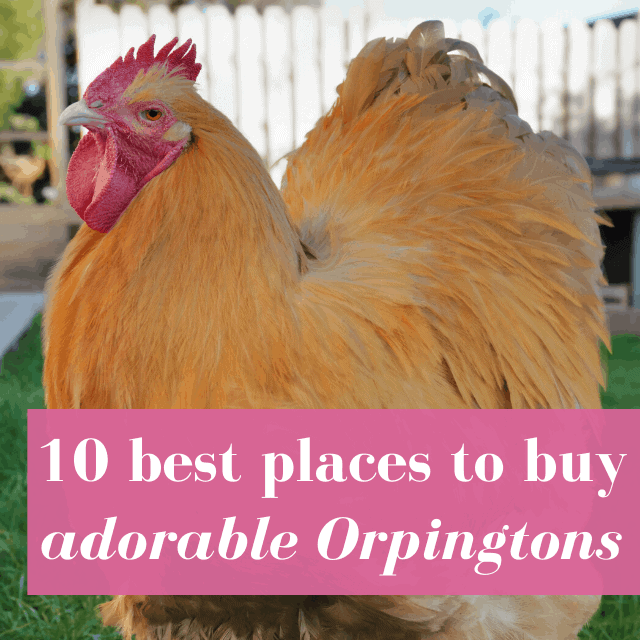 Looking for the best place to buy Orpington chickens online? You’ve come to the right place. After all, what’s not to love about the Orpington chicken? First bred in 1886, this bird is one of the oldest heritage breeds and is now raised for eggs, meat, and exhibition.  If you’re in the market for some…