Every year, I see the same articles floating around the internet and getting shared on Facebook. And I worry for the unsuspecting people who will follow this bad advice, and make all sorts of canning mistakes that might lead them to a hospital visit (and a big ol’ bill).

Canning vegetables should be a fun and easy process, and it is, when you follow established directions that are safe and have been studied.

In this article, we’ll debunk a lot of the canning myths I see floating around on the internet so you can feel confident canning your harvest.

One common response to debunked canning mistakes usually is something like “well, my grandmother did it and nobody died, so it must be okay.”

Yes, reported cases of poisonings from home canned goods are relatively rare. But that’s because a majority of people follow canning recipes outlined by research institutes such as the National Center for Home Food Preservation.

This center has studied many food preservation methods, which have helped to establish which home canning recipes and practices are safe – and which are just canning mistakes you want to avoid.

Here’s 7 canning mistakes you might see on Facebook. You should avoid these myths so you don’t get sick.

Oven canning, which involves placing filled jars in a hot oven then allowing the heat to seal the jars, is one common canning tip that’s totally a safety don’t.

The simple reason is the contents of your jars may not get hot enough to actually kill all the bacteria and mold spores in your food, which then have a likelihood of growing inside your jars.

While both water bath and pressure canning rely on water to conduct heat to kill bacteria, mold, etc. that might spoil food, the oven canning method involves only dry heat. Because dry heat does not raise temperatures as consistently as water, there’s no telling what the temperature inside the jar has reached.

Even if you leave your food in the oven for the same amount of time you would if you were water bath canning, the inside of your canning jar might not get as hot as it needs to be to properly kill all the bacteria crawling inside. It’s one of the most common mistakes we see!

A few articles on the internet offer the advice that that after filling a hot canning jar, it’s perfectly safe to flip it upside down to get the lid to seal. While your lid might seal, it’s potentially too weak to make a really sticky seal, and you might find in a few months that your jars are no longer sealed at all (and have a big green moldy mess).

Additionally, one of the most common mistakes with this method is that your food, which you just ladled into the jar, also probably didn’t reach a high enough temperature to kill off any nasties lurking around to spoil your food.

According to science, the biggest reason that water bath and pressure canning are safe is because they raise the internal temperature of the food to a high enough degree that a most of the bacteria and mold spores are killed.

If you rely on flipping the jar to create a seal, you’re making more than just a few mistakes by skipping an important step.

Using paraffin to seal food is another common mistakes we see when it comes to canning. Using paraffin in canning to preserve food involves placing thin layers of wax over your jar until there’s about a half inch of wax that seals the opening.

Back in the day, canning with paraffin wax was considered safe, but the research shows that the bacteria and spores just aren’t sufficiently destroyed. There’s also no way to determine whether the jar is actually sealed well enough.  Stick with new mason jar tops!

Mistake #4: Inventing your own recipes is okay

While I’m always tempted to create my own salsa recipes, the truth is that inventing your own canning recipes isn’t a good idea, and so it’s 4th on our list of common canning mistakes. The canning recipes you see in the Ball Blue Book Guide To Preserving and on the National Center for Home Food Preservation website have been rigorously tested for safety.

If you create your own canning recipe, the amount of acid needed to safely preserve food might be off (a pH of 4.6 or lower is advised), or the temperature might not get high enough to adequately destroy bacteria and mold spores present. If you want to make up your own canning recipes, you can always freeze it.

Mistake #5: If it’s canned at the store, then it’s ok to can it at home

This is one of the biggest common canning mistakes I see. Here’s why: Commercial manufacturers spend a lot of money researching canning and safe storage techniques. They also can heat their canning recipes to a higher temperature than we’re able to using our own equipment. While they have methods and data to safely preserve certain foods, we do not, and we can’t repeat these techniques at home.

Mistake #6 It’s not necessary to boil lids before canning

On the contrary, it’s very important to boil mason jar lids before using them to preserve fruits and veggies. While sometimes you’ll read that the lids will get sterilized during canning anyway, simmering the lids is meant to heat the rubbery part to ensure a proper seal. The last thing you want is to make mistakes that cause a poor or faulty seal to destroy all your hard work.

I frequently see recipes and articles that recommend preserving butter by pouring hot, melted butter into heated jars, then sealing the product by flipping it. In fact, it’s one of the most common mistakes I see shared on Facebook, and a hotly debated topic.

While it seems logical that dairy can be preserved in jars, at this time, there are no safe canning recipes to preserve butter out there. Butter is a low-acid product, meaning botulism spores have a better environment to grow.

Fats like butter can also protect bacteria from heat during canning, so for now, preserve your butter at home by freezing it. Kept at room temperature, your canned butter will quickly spoil. 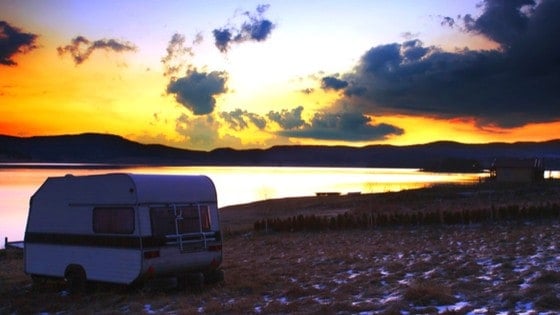 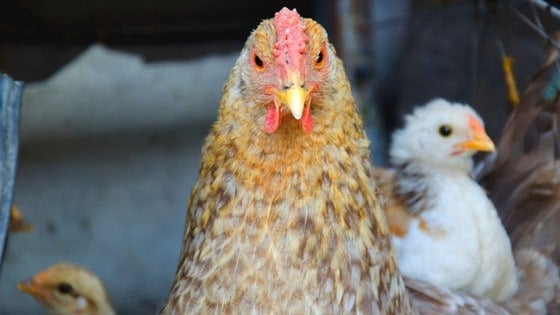 Yes, it’s true. You can make your own organic, all natural coop refresher, and it won’t even cost you a million dollars. While I love the commercial coop refresher products you can buy, there came a day on the farm when we NEEDED something to squelch the stench in the rabbit coop and the chicken… 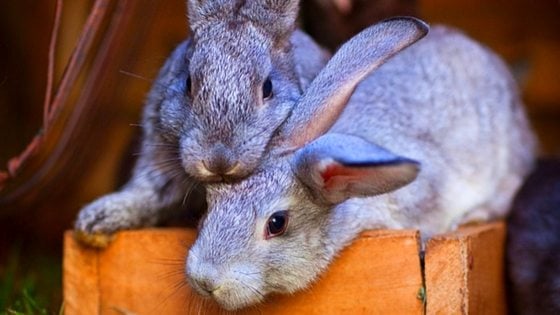 Buying grain for your livestock can add up – ask me how I know. This year, we decided to do something different – we planted a garden to grow greens for our rabbits and chickens. It’s been a success and now we have enough free food for everyone to have an extra bite every day… 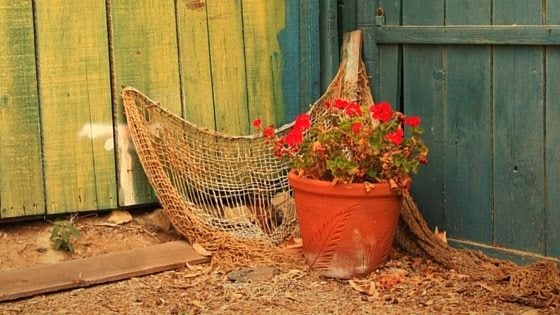 Call me yellow. Call me decisive. Call me whatever you like (I’m sure this crowd won’t call me anything!), but there are certain things I won’t do on the homestead. Why not? Well, in part it boils down to time management, and living the good life without overwhelming myself. Go without a washer and dryer. I 100% applaud those… 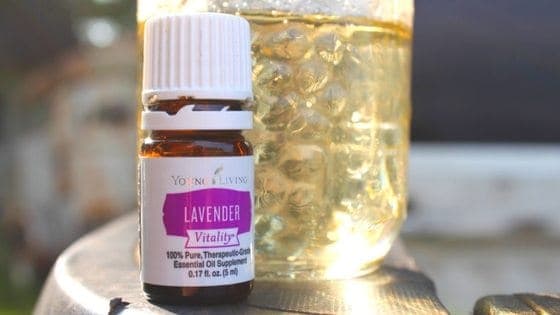 I started making lavender syrup because I got bored with regular sugar syrup and I wanted a new way to use essential oils in my life. You can diffuse oils, use them on your skin, or consume them – and lavender syrup takes cuisine to the next level. It takes less than 10 minutes to… 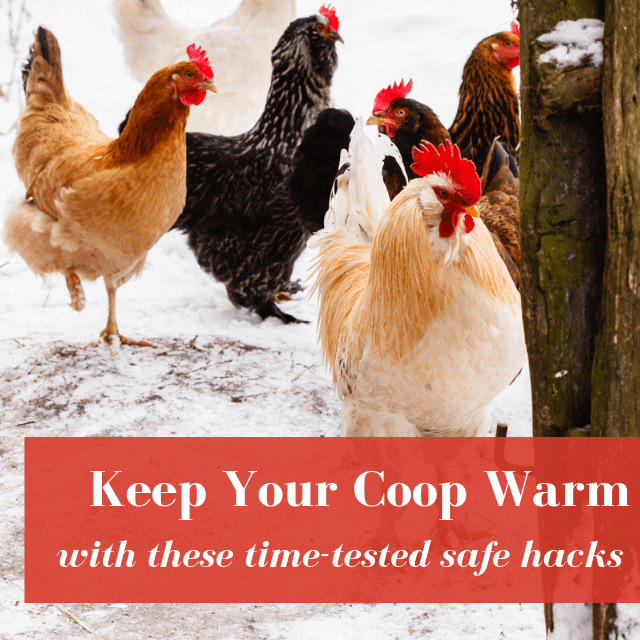 Not sure how to keep a chicken coop warm in winter? Then pull up a chair, because we got quite a few (battle-tested) ideas for you today. (Want to know how to keep your flock’s water from freezing? Get my genius hacks here). While the winters never get too brutal here in Missouri, we still…