Apple cider vinegar has a multitude of uses around the homestead, and if you’re not making it yet, you’ll want to pay attention to this guide. 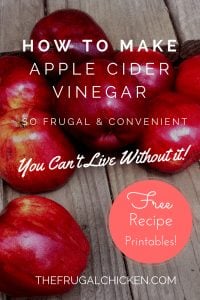 Making apple cider vinegar is so easy, and doesn’t take much effort, that it’s really one of those items you should produce at home.

You can easily make a gallon of vinegar for less than those quart-size bottles you buy at the store (I personally don’t make that much at once, but I include it as an example of how frugal making your own cider is).

Apple scraps, honey (or other sweetener) and water is all you need to start making your own apple cider vinegar. It really is that simple. 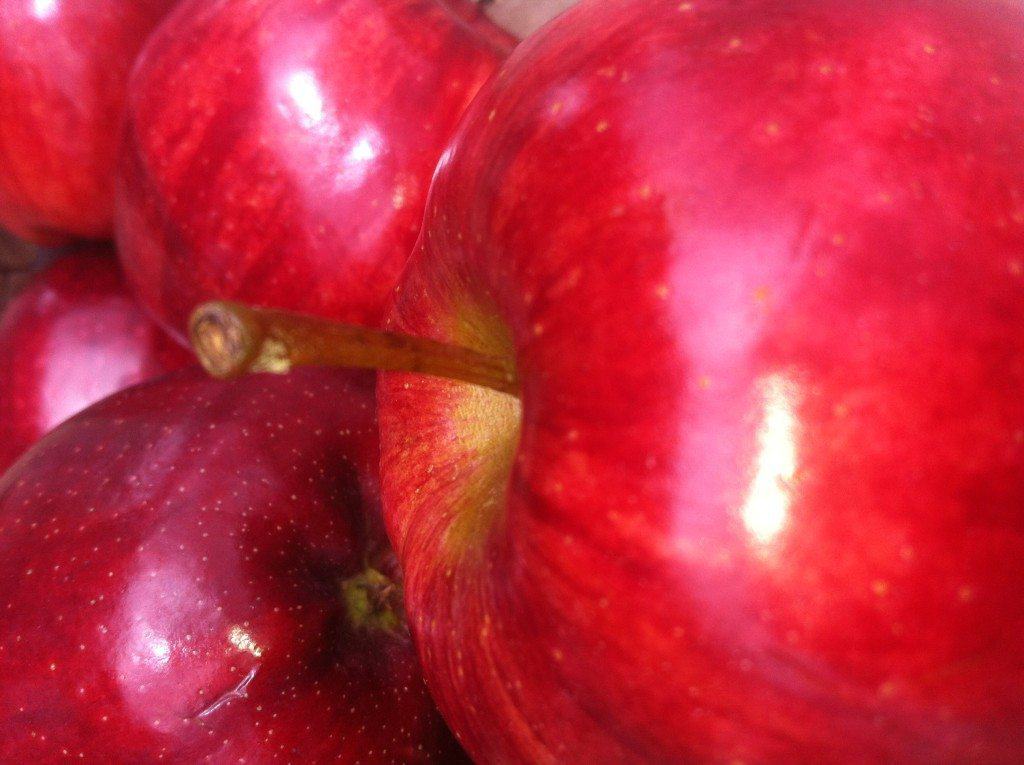 I start with the scraps from 6 lbs of Red Delicious apples. Some recipes suggest using sour apples, some suggest mixing sweet apples with tart apples, etc., but I’ve found it doesn’t really matter. Since I use scraps leftover from making applesauce, my vinegar is usually made with sweet apples.

You want to use a sterilized mason jar (because what would home brewing be without a mason jar?), to make your apple cider vinegar to keep nasties away. There’s detailed directions here.

Put your apple pieces in your mason jar, leaving a couple inches or so at the top of the jar.

Mix your honey and water together, and pour over the apple scraps. The apple needs to be covered completely, and should stay submerged. Use a weight if necessary. 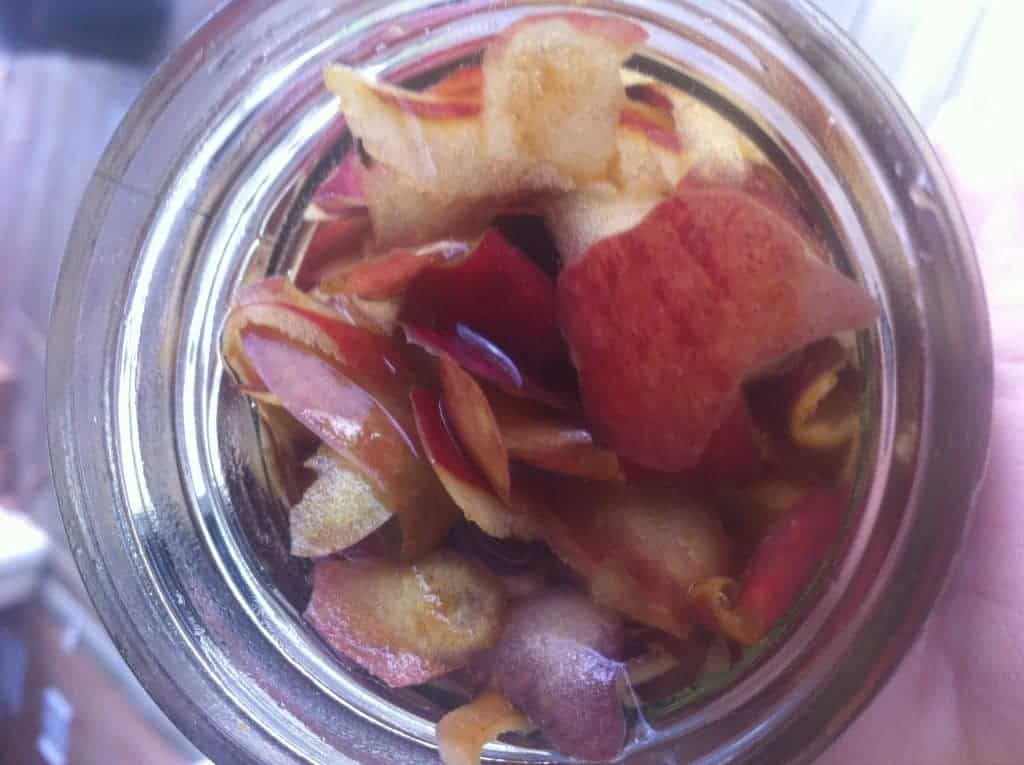 Cover the opening of the mason jar with a cheese cloth (a brand new cloth diaper works also!) and tie with a rubber band or a string. The cheese cloth is super important – it keeps out contaminants.

Let the mixture sit for two weeks. It will turn into apple cider as the apples ferment.

If scum forms at the top – don’t worry! As long as the cider smells ok, the scum is harmless. Of course, if your mixture smells funny or moldy, throw it out and start over.

When the apples get to the fermentation stage, strain out the apple scraps, and return the liquid to the jar. Let it sit for another 4-6 weeks until it smells like vinegar. It’s unmistakable!

If it doesn’t smell like vinegar yet, let it sit until it does. The longer it sits, the more sour it will get.

Savings aside, making your own vinegar has several advantages, not the least of which is you’re finding a use for something (apple scraps) you’d otherwise throw away or compost. If it can be used around the house, why not?

You’re getting pure, undiluted ACV, and if you use organic apples, it will also be organic. When you make it yourself, you know it’s origins, and that it’s the real deal, unfiltered and raw.

If you’re going to be consuming it, you’ll want to know where your ACV came from, and that it’s pure ACV.

These are some of my favorite uses in cooking:

Like anything fermented, ACV contains natural enzymes and nutrients that nourish your body and reintroduces any lost nutrients. Consuming these goodies will lead to better heath.

By combining 1/2 a gallon of milk (I used raw goat milk) with 1/4 cup of apple cider vinegar, you can make a sort of ricotta. It has a mild flavor, so it would work well with fruit, or in any recipe that uses ricotta or a softer cheese. 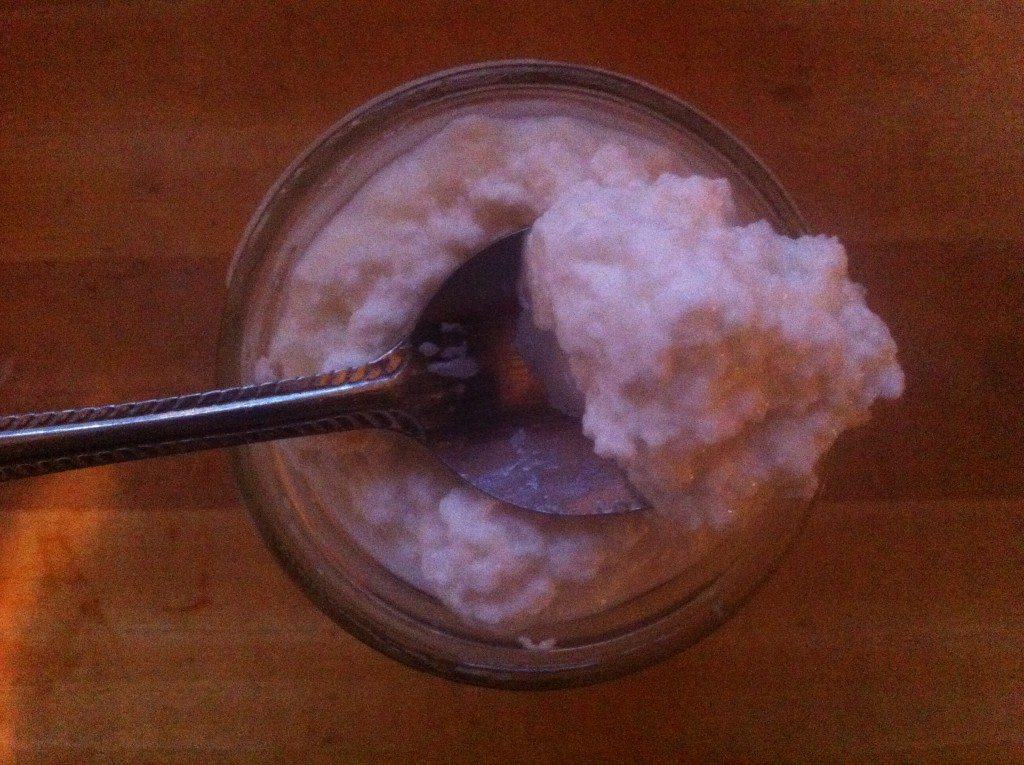 Uses for Apple Cider Vinegar Around the Homestead

Because of the nutrients, ACV is great to add to your chickens’ water. It aids in digestion as well. It has antibiotic properties, which will not only deter nasties in their water, but in their bodies as well. I dilute 1 tablespoon with 1 gallon of water.

ACV is also a popular homemade cleaner because of its antibiotic properties – there’s a printable at the end of this article with recipes to make your own household cleaners using ACV.

Making your own apple cider is so easy, with so many uses, you’re just hankering to try it now, aren’t you? 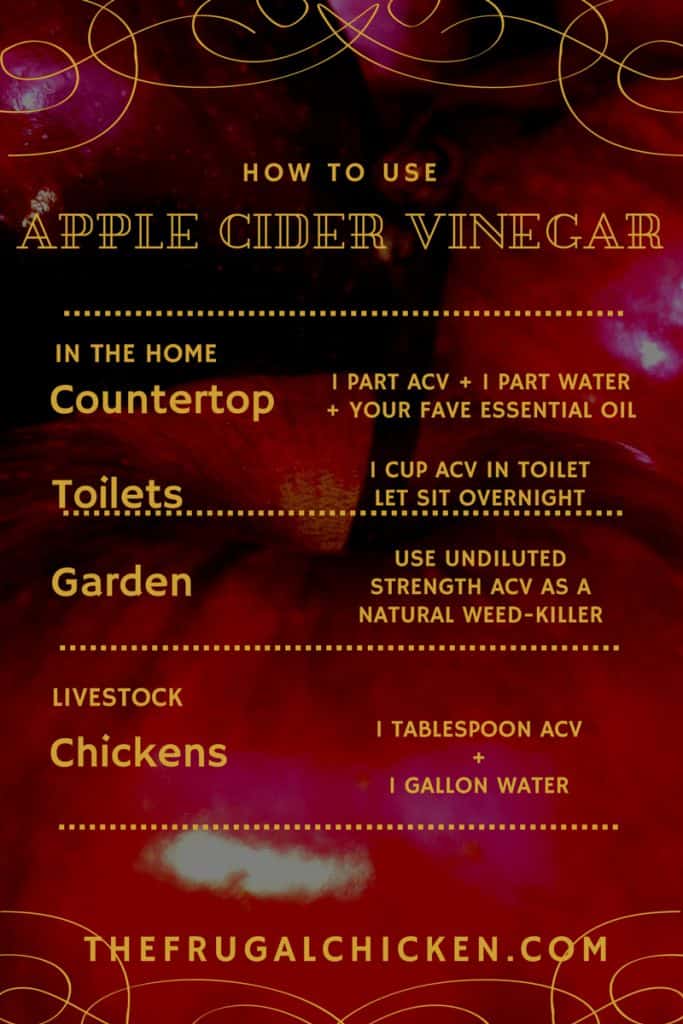 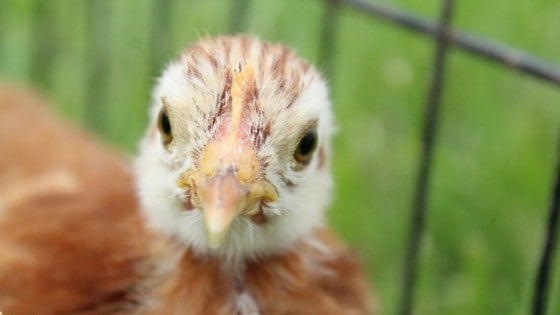 I love salsas, chutneys, anything that gives flavor to food. The more interesting the better. So, pico is big with me. Having bought this homestead in the middle of nowhere, where, let’s face it, culinary standards are at the “fry it in as much lard as you can get” level, good, fresh pico isn’t something… 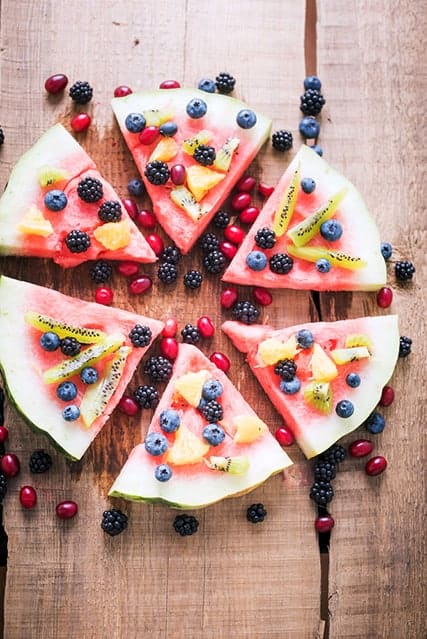 It’s summer time! One of the biggest struggles I have throughout the summer and even during the school year is finding healthy snacks for my kids. It’s so easy to just give them a cookie or chips (because that’s what they want!) when they get home from school, but I’m trying really hard to help…

Today was something of a sobering day here. Last summer, in the span of about a week, we lost 3 cats. Can’t really say what happened, the first was a stray that we figured moved on. Then our black cat just stopped coming around (an indoor kitty that suddenly decided to experience the great outdoors),…

Here’s the URL for my Facebook page. I’m trying to figure out how to make a “Like” button available on the right hand side of this blog, but every time I add the widget to this theme, nothing shows up. If anyone can guide me, I would be super appreciative! I’m still figuring out WordPress…. 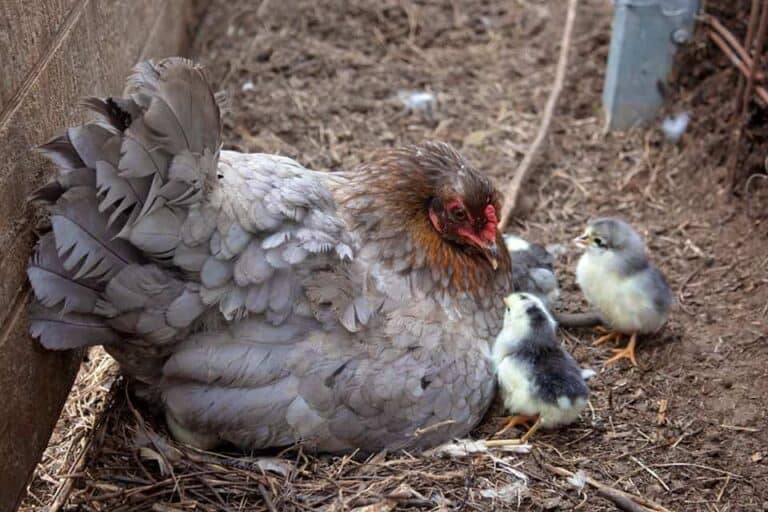 Hear herbs make it easy to raise healthy chickens? Confused about the best way to get started? Not even sure how to feed them? Let us show you 5 easy ways to use herbs so your flock is healthy! In this article, we won’t get into which herbs to offer your flock (we cover that…